Rolls-Royce is one of the famous names in automotive engineering across the world. Explore this article to know interesting & amazing information on the history, origin & background of Rolls Royce.

Rolls-Royce is well-known for making British aircraft engines. Since its inception, the company has been synonymous with integrity, reliability and innovation. Rolls-Royce is associated with four main business sectors: civil aerospace, defense aerospace, marine and energy. It is the world’s second largest civil aero engine company and defense aero engine company. The company is also a global leader in marine propulsion and a leading supplier of energy solutions. Rolls-Royce has also been engaged in performing various air shows across the world, the main being Paris Air Show and Dubai Air Show. Read through the following lines to know more interesting and amazing information on the history, origin and background of Rolls-Royce. 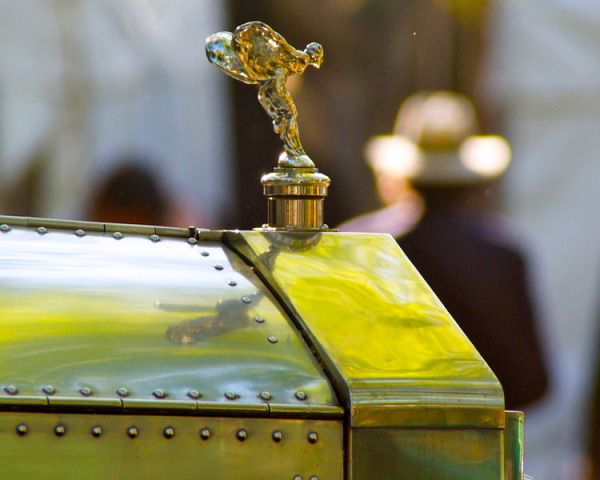 Image: Luxorium [email protected]
Interesting & Amazing Information On Origin & Background Of Rolls Royce
Rolls-Royce is the outcome of the electrical and mechanical business that was established by Henry Royce in 1884. The first motor car was built in 1904 by Royce. In the same year, Royce met Charles Rolls who sold good quality cars in London. Both Rolls and Royce agreed upon manufacturing a large range of cars under the name CS Rolls & Co. The cars so manufactured were highly successful, which lead to the formation of Rolls-Royce Ltd. in March 1906. The same year saw the launching of six-cylinder Silver Ghost, which was declared as “the best car in the world” in the following year.
On the onset of World War I, Royce designed his first aero engine titled ‘The Eagle’ as per the country’s requirements. The engine powered the first direct transatlantic flight and the first flight from England to Australia. In the late 1920s, Rolls-Royce developed the ‘R’ engine that powered Britain’s entry into the International Schneider Trophy seaplane contest. The contest saw the engine establishing a new record for air speed of over 400 mph in 1931. Eventually, the engine made new world records on both water and land. During the last years of life, Royce designed a Merlin aero engine that was launched in 1935, after his death in 1933. The Merlin was capable of powering the Hawker Hurricane and Supermarine Spitfire in the Battle of Britain.
Highly successful, the demand for Merlin in the World War II transformed the fate of Rolls-Royce, from being a small company to a major contender for aero propulsion. In 1944, Rolls-Royce started developing aero gas turbine that was pioneered by Sir Frank Whittle. After the great success of the engine, Rolls-Royce committed itself to producing only gas turbines. Other major engine manufacturers in Britain during the war were Armstrong Siddeley, Blackburn, Bristol, de Havilland and Napier. Bristol was the leader among these and in 1959, it merged with Armstrong Siddeley, motor car and aero-engine making company. Eventually, in 1961, the other three companies too were absorbed by Bristol Siddeley and Rolls-Royce. In 1966, both Rolls-Royce and Bristol Siddeley merged together to become a single aero-engine industry in Britain.
The late 1960s saw the emerging of widebody liners. Seeing to the requirement, Rolls-Royce launched the RB211 for the Lockheed L-1011 Tri-Star. However, initial problems with RB211 led to the company being taken into state ownership, eventually separating the motor car business in 1973. After undergoing a number of mergers and acquisitions, Rolls-Royce came up as the only British company to deliver power for use in air, at sea and on land. In 1990, Rolls-Royce ventured with BMW of Germany. The Rolls-Royce Motor Cars was sold by Vickers to Volkswagen in 1998 though BMW held rights to the name. In 2003, BMW took over the responsibility for Rolls-Royce cars. The company is, today, known as Rolls-Royce Deutschland Ltd & Co KG.
How to Cite