A German car maker renowned for high performance luxury automobiles, Porsche is popular for its quality, reliability and performance. Apart from this, Porsche is a prestigious brand of sports car used for everyday driving also. Headquartered in Zuffenhausen, a city district of Stuttgart, Germany, Porsche was founded by Ferdinand Porsche in 1931. The first Porsche car was manufactured only in 1939. Officially known as Porsche Automobil Holding SE, Porsche SE for short, the company has two main subsidiaries, namely, Dr. Ing, h. c. F. Porsche AG and Volkswagen AG. While Porsche AG manufactures Porsche automobile cars, Volkswagen AG is the parent company of the Volkswagen Group that houses Audi, Bentley Motors, Bugatti Automobiles and Lamborghini. Read on further to know more interesting and amazing information on the history, origin and background of Porsche. 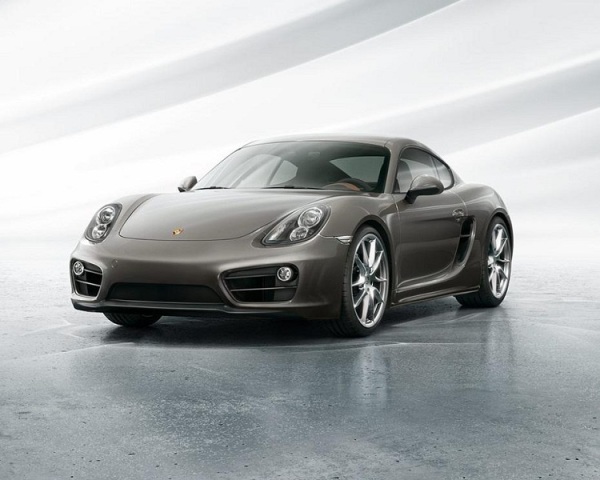 Interesting & Amazing Information On Origin & Background Of Porsche
In 1930, a company known as “Dr. Ing. h. c. F. Porsche GmbH” was founded by Professor Ferdinand Porsche with its headquarters in Stuttgart, Germany. The company formerly dealt with motor vehicle development work and consultation and did not produce cars under its brand. It was only after the German government offer that the company produced a car for the people, Volkswagen. It was then that the market saw the entrance of the Volkswagen Beetle, a car design that is cherished till date. Porsche 64 was the first Porsche produced in 1939, using components of the Volkswagen Beetle. Volkswagen diverted its production towards the military version of the Beetle, the Kübelwagen and Schwimmwagen during World War II. Porsche also designed several heavy tanks for the war, but lost the contract to Henschel & Son. However, the chassis designed by Porsche did not go waste, as it was used as a base for the Elefant tank destroyer.
At the end of World War II, in 1945, the Volkswagen factory at Wolfsburg was undertaken by the British. The chairman of the board of management, Ferdinand was replaced by a British Army Major, Ivan Hirst. Furthermore, Ferdinand was arrested on the context of war crimes and served a 20-month imprisonment. Meanwhile, his son, Ferry Porsche decided to build his own car, as he was unable to find a car in the market that matched his preference. He built a model of the second Porsche, 356, in a small sawmill in Gmünd, Austria. Production began after the prototype was exhibited to German auto dealers and pre-orders were taken. Most car enthusiasts consider the 356 model, as the first Porsche, since it was the first model sold by the company. The car received the road certification in 1948.
Ferdinand Porsche died at the age of 76, due to complications following a stroke. Since there was short of supply of parts, the 356 model was made using parts from the Volkswagen Beetle including internal combustion engine, transmission and suspension. Eventually, the 356 model underwent several stages of development, where the Volkswagen parts were replaced by Porsche-made parts. All the Porsche designs featured air-cooled rear-engine configurations from the very start. All the Porsche models were given sequential numbers like 356, 550, etc. with the 901 nomenclature been given to racing models such as 904, 906, 908. In 1964, the company launched another air-cooled rear-engined sports car, the Porsche 911 with a six-cylinder boxer engine.
Porsche 911 became most well-known and ionic model of all times. Till date, the Porsche brand is known by the 911 and is continuously produced with different advancements. 1972 saw the change of the company’s legal form from Kommanditgesellschaft (KG), or limited partnership, to Aktiengesellschaft (AG), or public limited company. This was done since the generation members of Ferry Porsche and his sister, Louise Piëch did not team up well. Further more, Ferry Porsche’s eldest son, Ferdinand Alexander Porsche (F. A.) formed his own design company titled Porsche Design, that is known for exclusive sunglasses, watches, furniture and other luxury articles. Ferdinand Piëch, responsible for mechanical development of Porsche’s serial and racing cars, also founded his own engineering bureau and later on moved to Audi.
Dr. Ernst Fuhrmann, working in the company’s engine development, became Porsche AG’s first CEO. During the 1970s, the 911 was replaced with the V8-front engine grand sportswagon 928, but this new entrant did not outlive the classic 911. Fuhrmann was replaced by an American manager, Peter W. Schutz in the early 1980s, who was further replaced by Arno Bohn, former manager of German computer company, Nixdorf Computer AG, in 1988. Porsche signed a memorandum of understanding with Toyota in 1990 to learn the Japanese production methods. Till date, Porsche is being assisted by Toyota with hybrid technology. Heinz Branitzki, a longtime Porsche employee took over the position of CEO after Bohn was dismissed. Heinz served the company until 1993 when Dr. Wendelin Wiedeking took over.
Under the leadership of Wiedeking, Porsche became a very efficient and profitable company. 2002 saw the production of Porsche’s second most powerful engine, Cayenne Turbo S, the most powerful being Carrera GT. In 2007, Porsche had a share of 30.9% in Volkswagen AG which was increased by 4.89% in 2008. Furthermore, the share was increased to 50.76% in January 2009, while the company has plans to lift the stake to 75% in the future. Today, Porsche is the largest shareholder in Volkswagen. Since then, the 911 has been launched in extended models like 911 Carrera 4 and 911 Carrera 4S in coupe and cabriolet versions. The all-new Porsche Panamera is set to debut as a 2010 model.
How to Cite