Audi is one the oldest luxury car manufacturers from Germany. Explore this article to know some interesting & amazing information on the history, origin & background of Audi.

Audi AG is a German automaker that produces luxury cars and SUVs. Headquartered in Ingolstadt, Germany, Audi is a wholly-owned subsidiary of the Volkswagen Group since 1964. The name Audi has been given on the surname of its founder, August Horch. The name Horch is an English cognate with the English word ‘hark’, symbolizing ‘listen’, which becomes ‘Audi’ when translated into Latin. Also, the logo of Audi, the ‘Four Rings’ symbolizes the merger of the four independent motor-vehicle manufacturers, Audi, DKW, Horch and Wanderer. The Audi vehicles offer topmost levels of luxury and performance that meet and exceed other coveted brands. Read on further to know more interesting and amazing information on the history, origin and background of Audi. 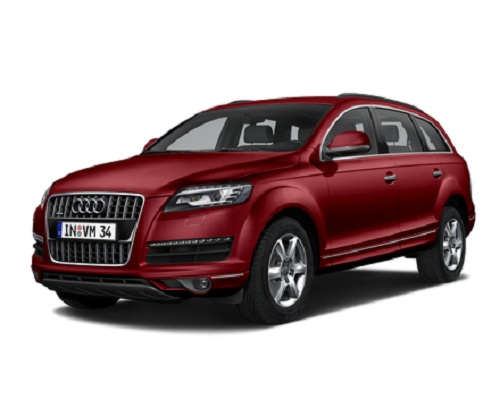 Interesting & Amazing Information On Origin & Background Of Audi
Audi was first established as Horch & Co. in 1899, by August Horch. The first car was invented in 1901 with the support from 15 fellow workers of Horch. However, Horch was forced to leave the company in 1909, due to problems with the commercial management, which led him to set up another company, using the Horch brand. However, he was barred from using the name, Horch, as it belonged to his former company. It was, then, that the name Audi was conceived. The company, Audi Automobilwerke GmbH was registered in 1910. With this came the first Audi automobile, the Audi Type A 10/22 hp Sport-Phaeton. Other models built included a 2612 cc (2.6 litre) four cylinder model, 3564 cc (3.6 litre) model, 4680 cc (4.7 litre) and 5720 cc (5.7 litre). All these cars were immediate hits and were successful at sporting events as well.
August Horch left Audi in 1920 yet again, only to secure a higher position in the ministry of transport. However, he remained an active member in the board of trustees of Audi. In September 1921, Audi became the first German car manufacturer to produce a car with left-handed drive, the Audi Type K. The left-hand drive became popular, since it provided a better view of the oncoming traffic, allowing safe overtake of the cars. Audi cars at that time were considered to be luxurious cars equipped with special bodywork. In 1924, the company introduced the first six cylinder model, 4655 cc (4.7 litre) in the market. Audi merged with Horch, DKW and Wanderer in 1932 to form Auto Union. With this merger, the company launched the first European car with a six cylinder engine and front-wheel drive, the Audi Front.
With the onset of World War II, the Auto Union plants were retooled for military production. However, heavy bombing during the war severely damaged the plants. Eventually, the Auto Union AG of Chemnitz was deleted from the commercial register. In September 1949, a new Auto Union was launched with headquarters in West German, Ingolstadt, Bavaria. The company continued producing cars, following DKW’s tradition of front-wheel drive vehicles with two-stroke engines. Daimler-Benz took an 87% share in the Auto Union Company in 1958 and increased it to a complete 100% in 1959. During this time, Auto Union was facing a slack period, as the company's aging model range did not stand up to face its competitor manufacturers, Volkswagen and Opel.
In 1964, Volkswagen acquired a 50% holding in Auto Union including the new factory in Ingolstadt and trademark rights of the Auto Union. 18 months later, Volkswagen took complete control of Ingolstadt. During the 1960s, customers were more attracted towards smoother four-stroke engines and hence, DKW was dumped by Volkswagen, because it focused on two-stroke engines. Nonetheless, before it was dumped out from the group, DKW had produced F102, a four-stroke engine in 1965. Developments were made to this model and were named according to their horsepower ratings. They were thus sold as Audi 60, 75, 80 and Super 90, till 1972.
Auto Union merged with NSU, world’s largest manufacturer of motorcycles, in 1969 and hence, was renamed as Audi NSU Auto Union AG. With this merger, Audi emerged as a separate brand. It was then that the Audi brand was introduced to the United States. The first car of this merger was the Audi 100, which was soon followed by the Audi 80/Fox in 1972 and Audi 50 in 1974. An Audi performance and rally racing car was launched in 1980, named as Audi Quattro, a turbocharged coupe. In 1985, the company’s official name was shortened to Audi AG. The same year, Audi sold 74,061 cars in the United States. The company, then, presented a new model in the premium segment, the Audi A8, its first production with all-aluminum body, in 1994. A new naming process was also introduced for the Audi models. Hence, the Audi A8 was known as A4 and the Audi 100 was called A6.
Sales increased drastically from 653,000 in 2000 to 1,003,000 in 2008, largest sales taking place in the Eastern Europe, Africa and the Middle East. The new Audi A4 was released in 2003, while the new Audi A6 was launched in 2004. Though Audi did struggle with safety issues, it managed to resolve them with a redesign of foot pedal placement. In the present era, the German manufacturer has managed to distinguish itself with its superbly crafted interiors and excellent performance and is proving to be a strong competitor for the premium luxury brands such as Mercedes-Benz and BMW. Audi, today, can be very well described as a symphony of luxury and ergonomic design.
How to Cite