Audi is planning to launch its Sports Car, R8 in India, by the end of 2008. Read on to know about the features & technical specifications of Audi R8.

Indian car market is emerging as a lucrative option for carmakers throughout the world. The latest automobile giant planning to launch its new model in the country is Audi. The German luxury carmaker announced its plans of launching its latest sports car 'R8' in India, towards the end of 2008. The announcement came on Thursday, 3rd July 2008. Based on Lamborghini Gallardo platform, the sports car comes with the combination of a chic and suave design, with superior performance. 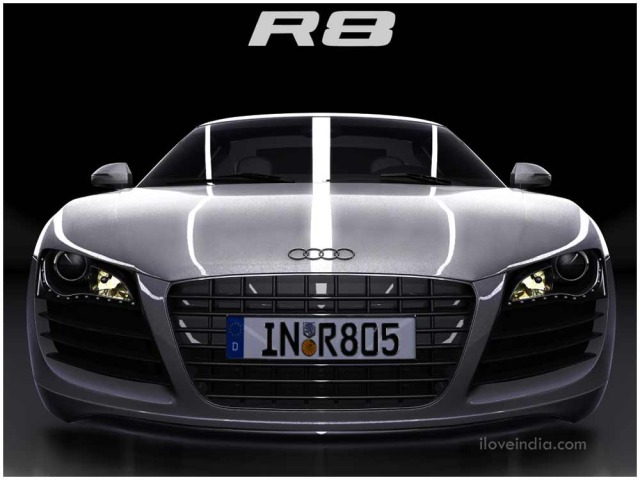 While designing the car, the company managed to give it the proportions of a pure sports car, along with a high degree of day-to-day drivability. As per Benoit Tiers, Managing Director - Audi India, India has emerged as an important market for Audi. It was the tremendous interest for Audi R8, by their exclusive customers in India, which played an important role in bringing the car here. As far as the pricing of the sports car in India goes, the officials said that any decision regarding the same has still not been taken.
Based on the Audi Le Mans Quattro concept car, Audi R8 was first unveiled at the 2003 Geneva Auto Show and 2003 International Motor Show. It has been equipped with 4.2 L FSI V8 engine; the same one that was used in the B7 Audi RS4. The engine provides power of 420 PS (414 hp/309 kW) and torque of 317 ft-lb (430 N-m). The transmission is either a manual gearbox, with metal gate, or an "R-tronic" gearbox (single-clutch semi-automatic sequential manual), which means the same options as in Lamborghini Gallardo.
The car comes with an optional Bang & Olufsen sound system, along with "Audi Ceramic" Carbon-Ceramic composite brakes, with monoblock alloy Brembo calipers on, all four wheels. Apart from that, it boasts of exclusive equipment and a wide variety of customized interior options. Audi R8 has already won several awards in Germany and Europe. In India, it will be available at Audi’s seven exclusive dealerships - in Delhi, Gurgaon, Mumbai, Chandigarh, Pune, Hyderabad and Bangalore.
Technical Specifications 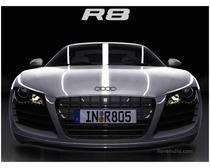 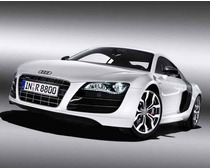