Audi has launched its new SUV, Q5 in India and will bring it on the Indian roads in early 2009. Check out technical specifications & features of Audi Q5

Audi, the German luxury car manufacturer, has launched its new SUV Q5 in the Indian automobile market. On the launch, the company officials also provided the information that the car will be introduced on roads in the country early next year, along with an advanced version of its existing Q7. However, they made no comment on even the probable price range in which Audi Q5 might be launched in the country. 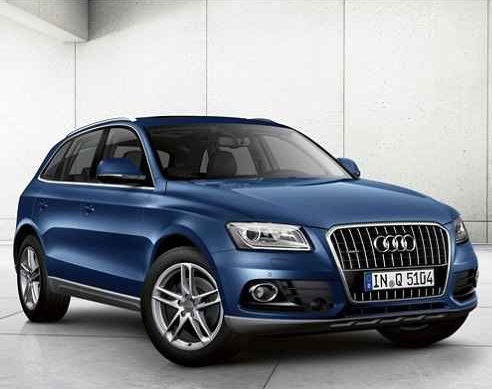 The automobile giant has made the decision keeping in mind the expanding market for Sports Utility Vehicle (SUV) in India. With Audi Q5, the company aims at strengthening its presence in the SUV segment. As per Gary Telaak, Audi Creative Director for Exterior Design, the company has kept in mind style, sportiness and luxury in mind while designing Q5. It took close to five years for the engineers to arrive at the right design and style.

The SUV will be a five-seater one, with targeted customers being those below the Q7 ones. Keeping the price of Q7 in India (Rs 57 lakh) in mind, we can estimate that the car will be priced below Rs 50 lakh. The officials of Audi also mentioned that the version of Q5 launched in India has been designed in view of the infrastructure of the country and will be slightly different from the international model. The differences will mainly be in the customization of the vehicle.