With rising concerns about environmental pollution and global warming, everyone is trying to do their bit towards correcting the same. Honda Motor Co, with the launch of their Civic Hybrid, had contributed their bit too. Now, the company has launched the vehicle in the Indian market too. On 18th June 2008, Japanese car maker Honda Motor Co unveiled its first hybrid vehicle in India, when it launched its sedan Civic, already available in 32 other countries of the world. Honda Civic Hybrid has been equipped with both a petrol engine and an electric battery. 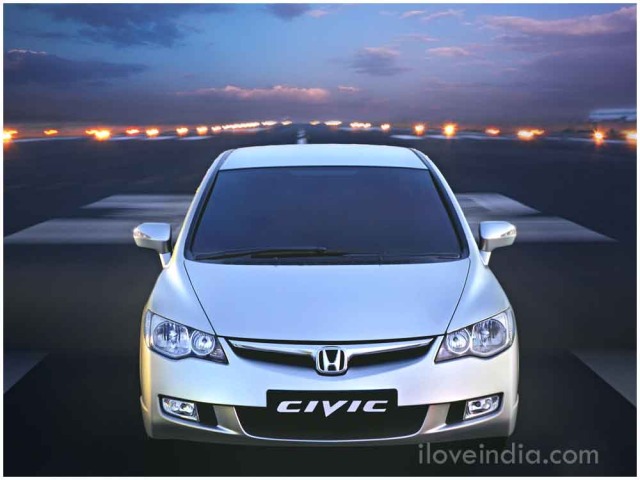 The car will be imported in India, as a completely built unit (CBU), at the import duty of 104 per cent. This is the reason why its launch price will be a steep Rs 21.5 lakh (ex-showroom Delhi). The CBU will be imported from Japan, where the hybrid car is being produced for the entire global market. As per Mr Masahiro Takedagawa, President and CEO - Honda Siel Cars India, the company is exploring the option of import the engine and components to India and then assembling the car, as a semi-knocked down unit.
If the company is able to establish that in the near future, the cost of the car will come down significantly, since a semi-knocked down attracts much less duty. According to the officials of Honda Motor Co, the main aim behind the launch of the hybrid car in India is not the generation of high volumes. Rather, the company wants to let people be aware of its technology and commitment to the environment. The company has already imported 130 cars in India and expects the sales to reach around 300 during the year.
As far as the possibility of making Civic Hybrid in India is concerned, Mr Masahiro Takedagawa has ruled out the same. The reason for this was cited as technical constraints, which do not allow the car to be made anywhere in the world, except Japan. Honda Civic Hybrid will be offered with a 1.3 liter petrol engine. The engine and the motor will function together, right from the time of the start of the car to acceleration. However, once the car reached a high speed, it will automatically go on engine.
In the case where the car seems to be idling, usually being driven at 40-50 km per hour, the petrol engine will automatically stop working. The car will, rather, starts operating on battery on its own, thereby leading to saving of fuel as well as maximum fuel efficiency. According to the company officials, the fuel efficiency of Honda Civic Hybrid is somewhere around 19 km per liter. This is quite higher compared to petrol-based model of Honda Civic, which gives a mileage of around 15 km per liter.
Technical Specifications 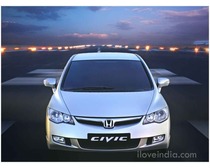 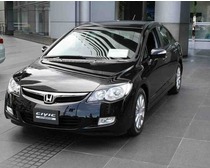