CBF Stunner is the latest 125-cc bike launched by Honda in India. Read on to get information on the features and specifications of Honda CBF Stunner.

The Honda CBF Stunner is a new slant at the executive 125cc category- melding commuter-friendliness with sporty style and power. The bike is aimed at college going students and young-professionals alike who would like to ride economically but still make a style statement. The Stunner is also a testament to Honda’s refined engineering that is manifest in the bike’s smooth and sporty performance. The bike takes on and outclasses it’s two other rivals, the sporty Yamaha Gladiator and the street friendly TVS Flame to come out as champion in the sporty executive class. 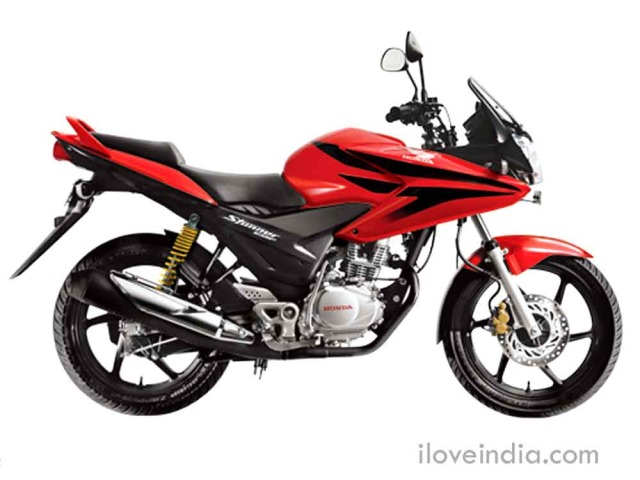 Performance
Like all Honda bikes, the Stunner is smooth yet strong and confidently pulls away with a twist of the wrist; its engine is refined to a very high degree indeed. The Stunner’s power plant is derived from the one on the older Honda Shine. It has been tweaked a bit but what really makes a difference to the performance is the new 5-speed gear box which offers taller gear ratios and hence less jumpy performance. The bike also offers a commuter-friendly spread of torque in the lower and mid rev range which is where the engine will mostly be running at. This translates into a good pickup from start to go. In numbers, the 125cc mill pumps out a cool 11bhp @ 8000rpm, making it the most powerful bike in the executive category. Finally, there’s a fuel injected variant of the bike, PGM FI that offers a better throttle response than the carbureted version of the bike. Other performance figures are pretty much the same in both variants though.
Design
Indeed the Stunner’s design is truly ‘stunning’. Like the Yamaha gladiator, Honda has brought to the 125cc executive category the oomph of higher capacity machines. Surely, most people who would have first seen the Stunner would’ve mistaken it for a 150cc or even a 200cc bike partly because of the big off-roader style Bikini fairing which makes the bike bigger than it actually seems. But get behind the tank and you’ll see a skinny machine that’s clearly over-dressed. Nonetheless, the integrated front body cowl and step seat look great from a third person point of view. Other sporty inclusions are alloy wheels and yellow painted rear suspension.
Features & Colors
The bike features an aerodynamic and sporty bikini fairing, smooth performance and all-round reliability. It is available in two variants, the Stunner and the Stunner PGM FI. The former is available in red, yellow, black and silver color schemes. The latter is based on the CBR1000RR Fire Blade color scheme and fuel-injection among many other minor updates. It seems like a watered down response to the Yamaha R15 which, like the PGM FI, is based on a bigger race monster, the 1000cc Yamaha R1. The Stunner is available for a street price of around Rs. 60,000 while the PGM FI will be available for over Rs. 70,000 in most cities which may seem like a too high price.
Technical Specifications 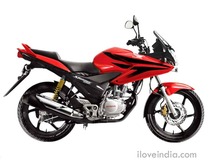 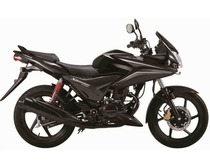