A perfect combination of affordability and performance, Mazda ranks amongst the top-class four-wheelers. Explore interesting & amazing information on the history, origin & background of Mazda.

Mazda Motor Corporation is a Japanese automobile manufacturer that has come up with the tradition of combining two eminently desirable traits of affordability and thrilling performance in a car. The name Mazda has been stemmed from Ahura Mazda, the highest Zoroastrian God of reason who granted wisdom and united man, nature and the other gods. The company was founded by Jujiro Matsuda in 1920, as the Toko Cork Kogya Co. Ltd., headquartered at Fuchû, Aki District, Hiroshima Prefecture, Japan. Ever since its inception, the company has made a remarkable mark in the world of automobiles. The Mazda cars are known for looking and feeling different from their mainstream, rotary engines. Mazda is the only manufacturer in the world that makes petrol, diesel and rotary internal combustion engines. Read on further to find some more interesting and amazing information on the history, origin and background of Mazda. 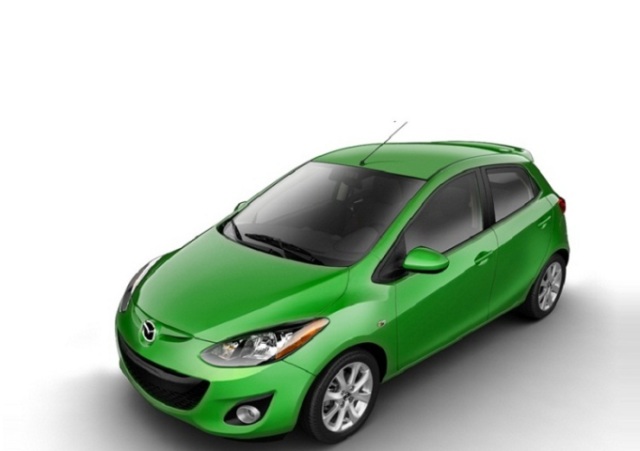 Interesting & Amazing Information On Origin & Background Of Mazda
Mazda started as a cork manufacturing company by the name of Toko Cork Kogyo Co. Ltd. in the year 1920. Later in 1927, the company changed its name to Toko Kogyo Co. Ltd. With the introduction of a truck named Mazda-Go in 1931, the company shifted from manufacturing machine tools to vehicles. Several weapons were also produced by the company during the World War II, particularly the series 30 through 35 Type 99 rifle. The company was formally named Mazda in 1934. In 1951, Jujiro Matsuda became the chairman of the company and Tsuneji Matsuda took over as the President.
A 4-wheel light truck, Mazda Romper was launched in 1958 and soon after in 1960, Mazda introduced its first 2-door passenger car, Mazda R360 Coupe. This was followed by the first Mazda 4-door passenger car, Mazda Carol 600 in 1962. During the same reign, Mazda developed Wankel rotary engine to differentiate itself from the other Japanese automakers. The engine was used in 110S Cosmo Sports that was launched in 1967. Though the production was limited, it gained rapid popularity and still can be seen in the present RX-8. With this, Mazda began exporting its vehicles to other countries, the first being the United States. Eventually, Mazda came up with new rotary engine models in the RX series like Mazda Capella (RX2), Mazda Savanna (RX3) and RX4.
Mazda entered the Canadian market in 1968 as MazdaCanada and the American market in 1970 as Mazda North American Operations. It launched a line of high-performance and luxury vehicles. It also created the Mazda Rotary Pickup, especially for the North American buyers. Till date, Mazda is the sole automobile manufacturer to have produced a Wankel-powered pickup truck. The American oil crisis in 1973 was a big shock for Mazda, as people began to shift to vehicles with better fuel efficiency and outcast the rotary-powered models. This lead Mazda to join hands with Ford Motor Company in 1979, giving a 25% share to the latter. The partnership was basically formed to overcome the financial difficulties.
The 1980s saw the rebirth of Mazda with the 323 and 626 models. In 1990, Mazda launched Eunos Roadster (M-5 Miata), a sports car that changed the face of Mazda and helped to strengthen the brand further, but it was the year 1991 that marked the pinnacle of success for the company, with Mazda 787B winning the Le Mans 24-Hour Endurance Race, claiming it the first victory for a Japanese automobile and the only win for a rotary engine. It launched three new brands in Japan, Eunos, Efini and Autozam. The company introduced a new logo which was a rounded-off version (Eternal Flame) of the previous one, since it resembled Renault’s logo. Furthermore, a new logo was commissioned in 1998 (Wings or Owl) which is used till date.
The turn of the century proved difficult for the company, as new models were under-production and it did not launch any new model, until mid-2002. However, the new cars Mazda 6/Atneza and Mazda 3/Axela entered and quickly turned the company around. The year 2007 saw a total production of around 1.3 million Mazda cars for global sales. Today, Mazda’s factory at Hiroshima is the one of the largest single-site automobile plants in the world, with an annual production capacity of around 480,000 cars. It is one of the most recognized and most popular car brands throughout the world.
How to Cite