Ford is the fourth largest automobile company in the world. Read on to know some interesting and amazing information on the history, origin and background of Ford.

Ford Motor Company is an American multinational corporation company based in Dearborn, Michigan, which is a suburb of Detroit. The company was founded by Henry Ford and incorporated on 16th June, 1903. It was the profound interest and endless efforts of Henry Ford that led to the formation of the company, which eventually became one of the leading automobile companies in the world. Ford is known to introduce new large-scale manufacturing and assembling lines that single-handedly took the company to the peaks of success, making it the second largest automotive company in America and the fourth largest in the entire world. This article provides you with several interesting and amazing information on history, origin and background of Ford, one of the pioneers in its field. 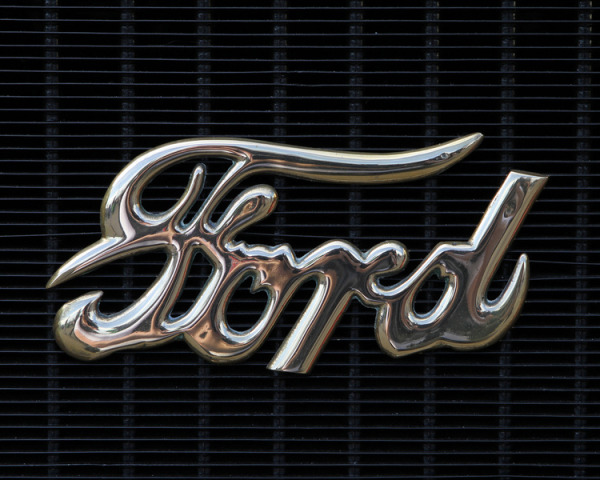 Interesting & Amazing Information On Origin & Background Of Ford
Ford Motors unfolded its history on 16th of June, 1903, when it made its way into the world of vehicle business, led by Henry Ford, along with 11 other business contacts. Like any other new company, Ford too worked out its work quite moderately in the beginning, though making a mark in the market was not easy for it. The company took a long one month to mark its first sale. The first few cars of Ford were named chronologically with letters. In 1903, Ford introduced Model A in the market, which was followed by Model K and Model S. Model S was the last right-hand steering model from Ford. The first six-cylinder Model K of Ford was called as “The Gentleman’s Roadster” and “The Silent Cyclone”.
Ford introduced its world famous T Model in 1904, which later became a symbol of American Motor Industry. For the next 19 years, Ford continuously produced more T models because of the popularity of the model. It was the production of these T models that made Ford rank amongst the biggest industrial companies. Gradually, Ford not just made a mark in the world of automobiles, but conquered it. In 1907, Ford launched its current Blue Oval Trademark, but it was only in 1928 that the Model A became the first version of the familiar Ford script that became famous in the market. Henry Ford experienced immense fame and success with all his vehicles, especially the T Model. The success made him expand his business and Ford started production facilities in France, Denmark, Germany, England and Austria.
The year 1913 added further success and increased the productivity of the company. It was in this year that Ford introduced and implemented the use of the ‘moving assembly line’. The new technique gave the workers the liberty to stay in a single place and execute a series of similar tasks repeatedly on a number of cars at the same time. This method improved and made the production process efficient. Also known as Fordism, the method helped the company conquer the market with its range of affordable vehicles. By the advent of the First World War, Ford Motors produced half of the cars sold in the American and English market. Ford also facilitated the production of many cars and trucks for military purpose as well.
In 1922, Ford purchased the Lincoln Motor Company which helped the company in the production and introduction of luxury cars. With the increased popularity and productivity, Ford became the largest assembly plant in the world and by the Second World War; it produced not only the standard military vehicles, but also B-24 Liberator bombers and tanks. The World Wars had no negative impact on the company; rather it gave the company an impetus for growth and development. Ford Motors launched many famous models in the 1950s and the 1960s, like the Thunderbird in 1955 and the Mustang in 1964.
One of the most important factors that contributed to the development and expansion of Ford was that it continued to develop and implement the latest technologies in its cars. In 1979, Ford acquired 25% stake of the Japanese carmaker Mazda, while in 1987 it bought Aston Martin. Two years later, in 1989, the company acquired Jaguar. The acquiring spree continued as the company took over Volvo in 1999 and Land Rover in 2000. Ford celebrated a successful 100th year in the market in 2003 with the release of Ford GT. The event also marked the release of limited centennial editions of some Ford vehicles. Ford has faced certain financial problems in recent years that led to the selling of certain brands like the Land Rover, Aston Martin and Jaguar. Nonetheless, the company has continued to prosper and hold an important position in the world automobile market.
How to Cite