Toyota is all set to launch its new model - Corolla Altis in India. With this review, explore the features of Toyota Corolla Altis.

Toyota launched the new version of Corolla - Altius, in the international market quite sometime back, making the Indian consumers remain in a long wait. The automobile giant is now all set to unveil the beauty in India, on 5th September 2008. Toyota Altius, the tenth generation Corolla, is much awaited by the Indian customers and is expected to put an end to their prolonged anticipation. The new car is quite similar in appearance to Camry, having the same style, and has been fitted with the same 1.8L VVT-i engine as that of an existing Corolla model. 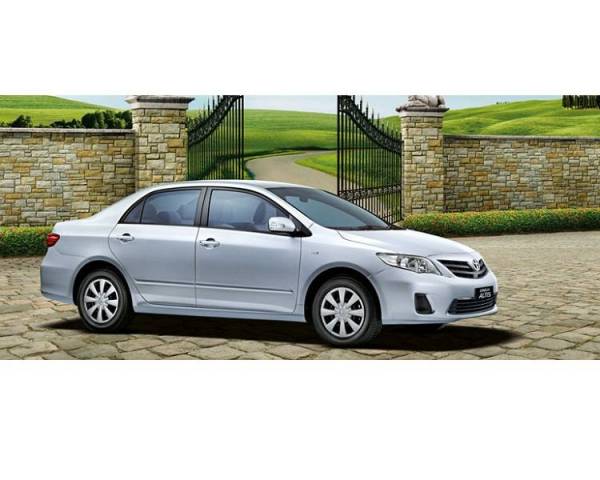 Amongst the most noticeable changes in new Toyota Corolla Altis are its dimensions, which are 10 mm longer, 60 mm wider and 20 mm lower than that of the present model. Though the wheelbase has been kept unchanged, at 2,600mm, the car has been fitted with a wider track and has lower center of gravity. The engine of the new automobile promises you a power of 140bhp. A carryover model, the new engine has been provided with ECU and fuel injection system, for better performance.
The engine of Toyota Altius has also been equipped with improved emission conformity and better fuel efficiency. It will come with an option of four speed auto box also. The features of the new automobile have been enhanced with the addition of new suspensions. The car has an L-arm MacPherson strut setup which lowers the noise and vibrations as well as enhances steering awareness and provides a high-speed stability to the driver.
The torsion beam type rear suspension of the new Toyota Corolla Altius allows bigger boot space. The automobile boasts of having five-star Euro NCAP ratings, along with some excellent safety features, including EBD, ABS, Traction Control, Brake Assist and multiple airbags. While the official launch for Toyota Altis has been scheduled in September, it will be available for display in showrooms from third week of August. It is expected to have a launch price of Rs 13 to 14 lakh.
How to Cite