Toyota unveiled it new model, 2009 Venza, at the 2008 North American International Auto Show. Check out this review and know about the features & specifications of 2009 Toyota Venza.

Toyota unveiled its all-new 2009 Venza crossover sedan at the 2008 North American International Auto Show. The latest crossover vehicle by Toyota will represent a unique blend of the sophistication of a sedan and the functions of a sport utility vehicle (SUV). The five-seater car has been designed keeping in mind ‘boomers’ and ‘young couples with small families’. 2009 Toyota Venza was engineered at Toyota Technical Center, in Ann Arbor, Michigan, and designed at Toyota`s Calty design studios in Newport Beach, California, and Ann Arbor. 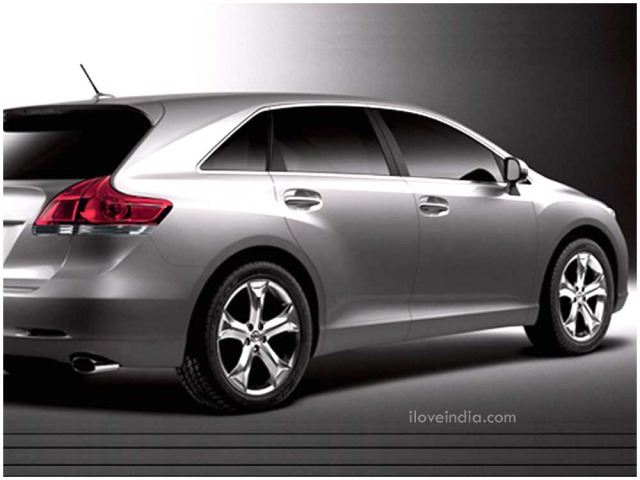 The assembling of the automobile will take place at Toyota Motor Manufacturing Kentucky (TMMK), in Georgetown. While developing the car, emphasis was laid to give it the sleek look of a sedan, along with a sporty exterior and luxurious interior. Apart from that, it has been equipped with SUV features, like cargo space, towing capability and all-wheel-drive performance. 2009 Toyota Venza comes adorned with a distinctive grille, headlights and fog lamps, in the front end, which give it an aggressive, yet elegant look.
In the rear, it has been fitted with an angled rear hatch, rear spoiler and wide wraparound tail lights, which interlock with the hatch door. As far as the interiors are concerned, the aim was to provide comfort and luxury. The higher ride height and hip points of the automobile provide better driver visibility, while the lower rocker design makes stepping in and out of the car, pretty comfortable. The interiors of 2009 Toyota Venza are spacious and chic. You can even recline the rear seats up to 14 degrees, for added relaxation.
The standard features of all the models include auto dual zone air conditioning, AM/FM six-disc CD, tilt/telescopic steering wheel with audio controls, remote keyless entry, electrochromic rearview mirror with compass, a multi-information display, cruise control, optitron gauges, rear wiper and privacy glass. While its V6 models will have 20-inch alloy wheels, the four- cylinder ones will be equipped with 19-inch alloy wheels. The V6 engine that will produce 268 Bhp at 6,200 rpm and 246 Nm at 4,700 rpm and have a towing capability of 3,500 pounds.
As far as transmission is concerned, both the models of 2009 Toyota Venza will have a six-speed sequential-shift electronically-controlled automatic transmission. Apart from that, the automobile will also have a host of standard safety features. These include seven airbags, anti-lock brakes, traction control, electronic brake-force distribution, brake assist, and vehicle stability control. 2009 Toyota Venza will be the first Toyota vehicle to offer a panoramic roof, as an option. It is expected to go on sale in late 2008.
Technical Specifications 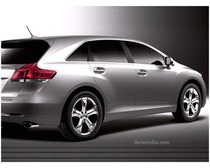 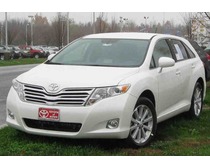