BMW is all set to unveil its latest generation 7- Series model in the Paris Auto Show. With this review, check out the features & specifications of 2009 BMW 7-Series Cars.

Come October, and BMW would unveil yet another magnificent car series in the Paris Auto Show 2008. The latest generation of BMW is the 7-series, a luxury sedan that would blend luxury, comfort and style. The 7-series generation has two models under its belt - 750i and 750Li. For US, both the models will have the same engine - BMW's 4.4-liter twin-turbo V8. The engine promises to deliver a horsepower of 400 and torque of 450 pound-feet. 2009 BMW 7-series will come with a wheelbase that would be 5.5 inches longer than its previous models. 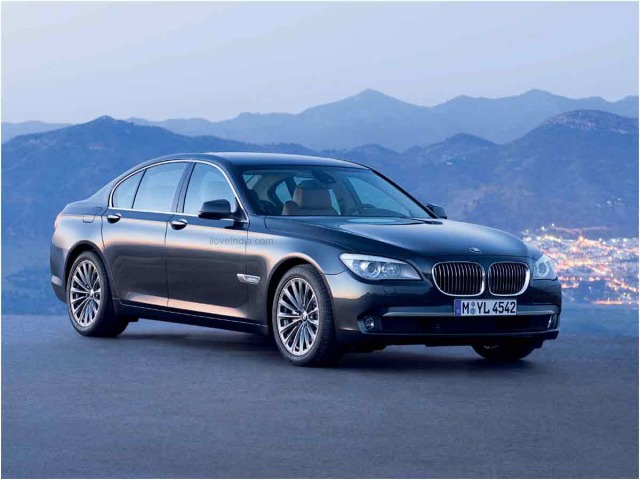 The European models of the series would have variations in engine, with one of the models having a 3.0-liter twin turbo diesel engine, offering 242 hp and 399 lb-ft. The other model would have twin-turbo gasoline 3.0-liter inline-six, offering 323 hp and 332 lb-ft. The V8 engines would have the efficiency of a six-speed automatic transmission. 18-inch alloy wheels have been employed for the car in a 245/50R18 size, though there is an option for 19-inch wheels as well. 2009 BMW 7-series boasts of redefined fuel consumption, owing to the introduction of flap in the grille, which eliminates unneeded airflow and thus, helps in reducing drag. The body of the models also weighs almost 120 lbs less, when compared to the prior models, because of the increased use of aluminum.
Another feature that prevails in the BMW 7-series generation cars is the option of four-wheel steering. This would entitle the car's rear wheels to turn in the reverse direction, when compared to the front wheels, when the car is running at a speed less than 35 mph. The wheels would turn up to three degrees in the same direction when the car accelerates further. The control system of the car has various options to suit the mood of driving - comfort, normal, sport and sport plus. The setting would automatically change the shock settings, steering effort, gear change speed and smoothness of the car. This new active chassis management system has been named as 'IMS' by BMW.
The safety option of 2009 BMW 7-seriess model has been widely improved. A new night vision system has been uploaded in the car, which amplifies the safety for pedestrians. The new system would perceive human presence in front of the vehicle and then flash a warning symbol on the display. The European model would have an additional feature added to the car - reading of speed limit signs. The system would automatically warn the drivers when drive at a speed exceeding the limits. The system also has the capacity to detect unfavorable speed driving conditions i.e. during fog and rain. It is so built that it would only be able to detect problems, but not adjust the speed of the car. 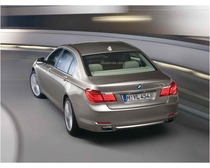 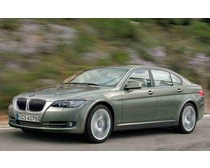