Mercedes-Benz Fascination, suspected to be a preview of new E-Class front-end styling, is set to be unveiled at the Paris Auto Show of 2008.

'There is nothing permanent, except change'. The term seems to suit Mercedes-Benz, the German manufacturer of luxury automobiles, aptly. It has just finished the makeover of its C-Class and now, it is all set to make innovations in the E-Class as well. With the date of the 2008 Paris Auto Show coming closer, everyone is ready to get a sneak peek of the new E-Class front-end styling, in the form of Mercedes-Benz Concept Fascination. Powering the sleek beauty will be Mercedes’ new 2.2L, 204-horsepower BlueTEC (with AdBlue) 4-cylinder diesel engine, which churns out a power of 204 hp. Let us explore all about the concept car Mercedes Benz Fascination, in the following lines. 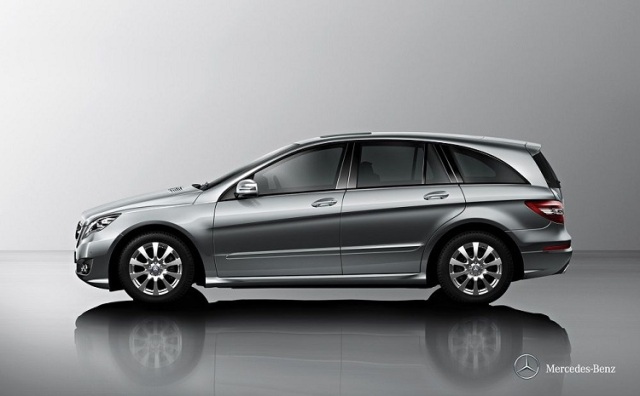 Mercedes Benz Fascination is true fascination, as it gives an evoking movement even when the vehicle is stationary, because it has a dynamic charged look at its front-to-rear sweep of lines. The shooting-brake concept, which has been based on the architecture of upcoming E-Class Coupe's, features the latter's front-end design. The concave and convex sculpted surfaces contribute to a structure that creates compelling forms. With Mercedes-Benz Concept Fascination, we will see the 'typical' round headlamps of Mercedes being a thing of the past. The concept car promises to come adorned with "rhomboid" lamps that boast of fibre-optic driving lights (at least in the concept). If that wasn't enough, the car also has LED fog lamps built into the chrome strip in the lower front fascia, which also runs across the car's perimeter.
Mercedes Benz Fascination also features a C-shaped fibre-optic inserts, which serve as discreet running lights, making it real jewellery, which the host can flaunt undoubtedly. While the grille is like the one on the new E Coupe, the cargo area is covered in wood. The V- shaped front is quite dominating and gives a classy look, a look that stands distinguished against the crowd. The cargo area of Mercedes-Benz Fascination claims to have a folding glass table that can be pulled rearward; along with a humidor and a chilled compartment (natch). It also provides storage for binoculars and a camera. The rear fender arch of the car has been pronounced, lending it some visual muscle.
The interior of Mercedes Benz Fascination has four individual seats of nu-buck leather,along with deep-pile carpet with heavy fibres. The central panel of the seats is covered with high quality fabric, which perfectly ensures that a lot of pain has been taken to craft out the perfect beast for the mass that demands class. As you move towards the side, you will find a hint of Mercedes-Benz R-Class in the Concept Fascination, though it ends then and there. Coming to the rear of the car, there is a small trapezoidal tailgate with a tiny rear window and two-piece taillights, with four exhaust pipes integrated into the fascia. The lavish and luxurious compartment of the car will definitely magnetize you to at least have a test drive of this royal beast. In all, the car is an expressive statement of the brand identity that you can flaunt.
How to Cite