When Volkswagen decided to develop their own minivan, instead of standing against their mammoth competitor in the segment (Chrysler), they decided to shake hands with the latter. Volkswagen Routan’s first outing (unveiling) was at the 2008 Chicago Auto Show. It is a seven passenger minivan which is offered in one extended length (as its Chrysler-made second cousins), but the interiors are signature Volkswagen. The standard model comes with a couple of power sliding doors, with power windows. 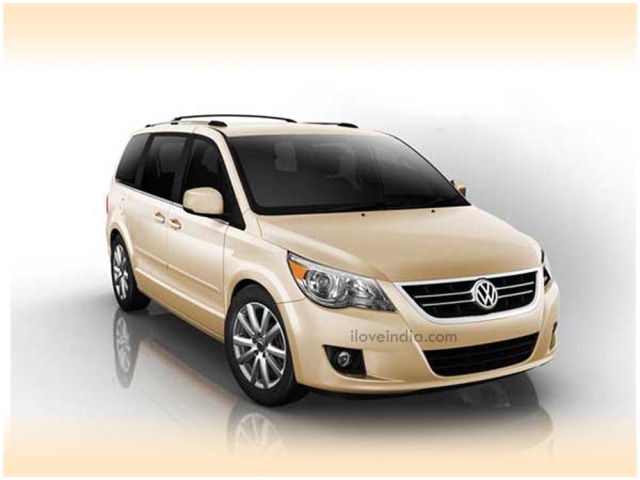 The exclusive features of Routan comprise of leather upholstery, a conversation mirror and DVD entertainment, which boasts, of 9” screens for 2nd and 3rd row seats, and a premium sound system with 9 speakers and a 506- watt amp. It also comes equipped with a 20 GB HDD, to hold music and picture files. The minivan comes with an ultra cool sleek touch screen navigation system, which will ensure that you never beg for directions, for its HDD holds numerous navigation maps. The other features that make the ride easier and fun include HID headlights, a universal garage door opener, a backset TV and power adjustable pedals.

Routan is customized for European ride and handling characteristics and comes with 17” tyres. Traction control and electronic stability too come under the standard specifications. Now, the Volkswagen people have left the engines for the maestros (i.e. Chrysler). The base engine is 197 HP, 3.8 liter V6 and the next level/top line engine is a 253 HP 4.0 liter V6 (i.e. the performance can be expected to be similar to that of Chrysler minivan).

The transmission of both the engines will be automatic 6-speed. The fuel efficiency has been kept discreet, but the van is expected to give a mileage of 15 mpg in city conditions and 24 mpg on highways. Routan will have 32.7 cubic feet of cargo room at the rear (behind the third row), an 83 cubic feet space behind the second row and 144 cubic feet with the removed and the third row folded into the floor. Pricing is still discreet but the starting price of $24k - $ 25k seems possible. 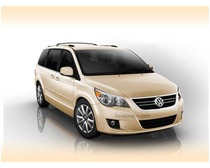 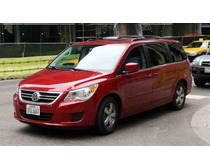