The original Volkswagen Beetle, which is also popularly called as the “Bug”, has emerged into a new model, with distinct features of its own. German automaker Volkswagen introduced its first model into the market in the year of 1938, while the latest model was brought out in the year 1998. The new model differs from the earlier ones in having its engine in the front and the luggage storage in the rear part of the car. Now, very soon, Indians are also going to experience the fun of riding this sport car. 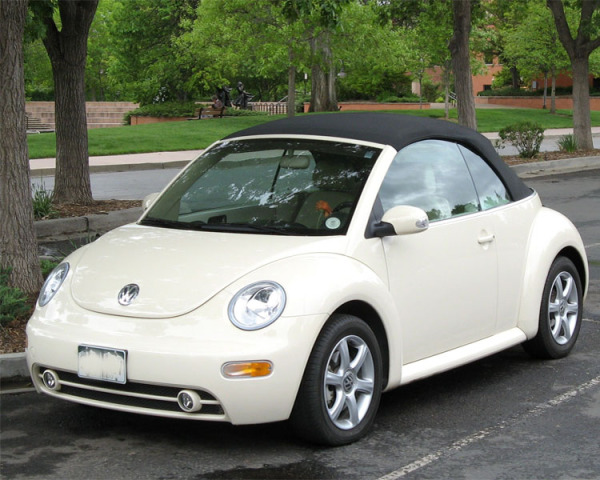 Image: M 93 [CC-BY-SA-3.0-de (http://creativecommons.org/licenses/by-sa/3.0/de/deed.en)], via Wikimedia Commons
Volkswagen is likely to announce the launch of Beetle in India, in the beginning of December 2009. However, unlike what is being believed, the veteran car company does not have any plans to compete with the Indian toy car, Nano; as the Beetle will be priced 15 times more, due to the high duty imposed on imported cars. Moreover, the vintage car will provide a speed limit as high as 180 km/hr, whereas the Nano can only touch up to 103 km/hr. Beetle has a conventional front engine.
Design & Interiors
Volkswagen Beetle boasts of attributes like bells and whistles, including rain sensors, cruise control and acoustic rear parking sensors to fit into small parking spaces. The entire body of the car is made of galvanized steel, which shall prevent the formation of rust. The car is spacious and has extraneous strength and rigidity. It is equipped with six-speaker stereo. In addition to this, it also has the in-dash CD player that can read through the MP3 format.
Engine
The all-new Volkswagen New Beetle comes equipped with a powerful 2.5l gasoline engine, which churns out a power of 150 hp at 5000 rpm, with a peak torque of 170 Nm @ 3750 rpm. The engine of the coupe variants have been mated to 5-speed manual transmission, while the convertible version is available with 6-speed transmission only.
Safety
Volkswagen is coped with well-planned safety features. These features include ABS (anti-lock brake system), traction control, anti-skid system and front and side airbags. The ABS is an electronically regulated hydraulic braking system, which helps the car against sliding during the application of hard brake. It has an automatic door lock system, which keeps the people sitting inside the car safe. There is a special tire pressure monitoring system (TPMS) attached to the vehicle. This consists of a sensor that is built into the valve of each tire. This is functional in alerting about the pressure variation in the tires of the car.
Variants
Volkswagen has six variants – S, S PZEV, S Convertible, S PZEV Convertible, Blush Edition Convertible and Blush Edition PZEV Convertible.
Technical Specifications
How to Cite