Volkswagen has launched one of its oldest and most popular models, Jetta, in India. Browse through this review, to know more about the features of Volkswagen Jetta.

Indian automobile market seems to attract new car models every other day. The latest company to launch its model in India is Volkswagen. Yes, you read that right. Volkswagen has launched its model ‘Jetta’ in India. The India version of Jetta will come in three variants, with the option of two engines. One will be a 1.6 liter petrol engine, providing 75 kW / 102 PS. While the other will be a 1.9 TDI engine, giving output of 77 kW / 105 PS. The latter one will have two variants - Trendline and Comfortline. 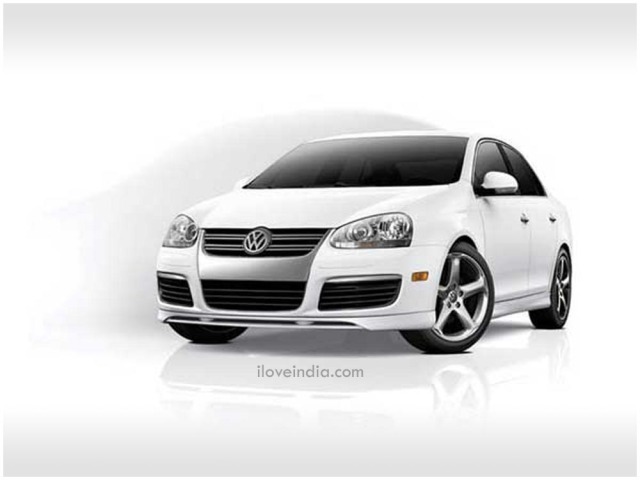 The market launch of Volkswagen Jetta took place in Mumbai, on 16th July 2008. The Jetta sedan is being assembled locally, at the Aurangabad plant of the Volkswagen Group. Amongst the three variants of Jetta are 1.6L Petrol Trendline, 1.9L Diesel Trendline and 1.9L Diesel Comfortline, with DSG Automatic transmission. As far as prices of the models go, the first is expected to be launched at Rs 12.97 lakh, while the second and third one will be available for Rs 14.22 lakh and Rs 16.67 lakh, respectively.
Volkswagen Jetta will come in a number of attractive colors, like campanella white, red spice, reflex silver, platinum grey and deep black. Jetta’s 1.6 entry level model boasts of features like air conditioning (climatic), electro-mechanical power steering, power windows (4 windows), central locking with RF remote, electrically adjustable and heated outside mirrors, ABS antilock braking system, metallic paint, height adjustment on driver's seat, centre armrests in front as well as 16-inch allow wheels and a Radio-CD sound system (RCD 300).
The next in the line, Jetta 1.9L Diesel Trendline will come with manual five-speed gearbox. Amongst its major features are automatic climate control system (climatronic), multifunctional display (on-board computer with display in the instruments), eight loud­speakers for the radio-CD sound system (RCD 300) and fog lamps. Both the models will also come equipped with six airbags, fulfilling the safety needs of the consumers. Another feature that is common in all the models is 527 litres of cargo space, without spare wheels.
Finally, we have the 1.9L Diesel Comfortline model, which boasts of 6 speed automatic DSG gearbox. Leather seats, a multifunctional leather steering wheel, centre armrests and side airbags are some of its features. Apart from that, this version will also have ESP electronic stabilization program, RCD 500 audio system with 10 loudspeakers and CD changer, an alarm system, ''Coming & Leaving home'' lighting function, automatically dimming inside rear view mirror and cruise control. 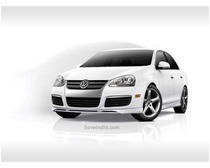 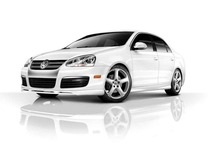