Targeting the ever-expanding Indian small car market, the European auto major Volkswagen has launched its stylish and luxuriant small car model, Volkswagen New Beetle, in India. Launched in the premium D-segment, only one variant of New Beetle is available in the country, which will now compete with the likes of Fiat 500 and some soon-to-be-launched small cars in India. Internationally, the New Beetle was introduced in 1998 and has continued to be a big success ever since. With the rolling out of the New Beetle, the German auto behemoth now intends to build a brand image in India as well. Though the car is a complete overhaul of the original Beetle, some features continue to remain the same. 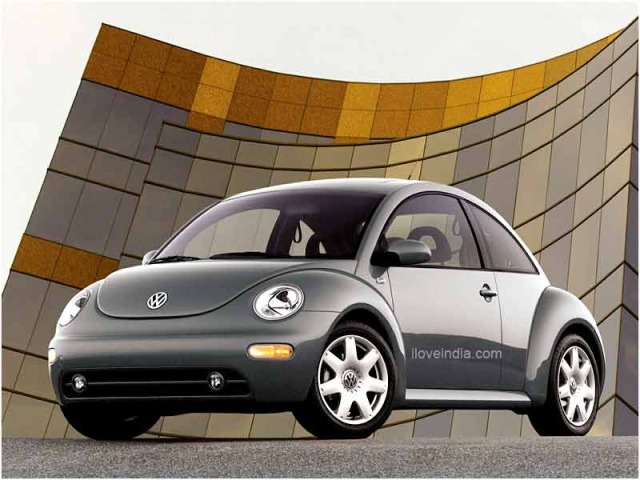 Design & Comfort
The exterior design of New Beetle is heavily inspired from the legendary original Beetle, though the former’s engine is located in the front and the storage area of luggage is in the rear. The classically-styled car is equipped with 6 CD changer, power steering (to facilitate drivability), body-colored exterior mirror housings, tailgate handle and heat-insulating tinted glass. It gets a higher and fairly commanding stance, owing to the large 15” alloy wheels, secured in their flared arches. Some additions that characterize the New Beetle are refined lines, fresh color palette and new fabric seat covers.
The high quality designing of the car manifests itself in the front centre armrests and the dashboard, both of which have been fashioned in a contemporary style. The traditional styling features of the early Beetle cars remain in the New Beetle as well, such as the similar round, dome-shaped roof, rear section, and the fenders with the hint of a footboard, the embedded round head and tail lights. However, the New Beetle celebrates its fresh and youthful look through its sharp accented lines and windows.
Engine
Volkswagen New Beetle comes with a 2.0 liter 4-cylinder petrol engine that gives an output of 115HP at 5400 rpm. It has been paired with a 6-speed automatic transmission to add to the comfort and ease of the driver.
Safety
One of the key features of New Beetle is its advanced occupant safety mechanism. The car is equipped with 4 airbags, Anti-Lock Braking System (ABS), Electronic Stabilization Programme (ESP) and engine immobilizers.
Variants & Price
The New Beetle is available only in the 2.0L Petrol engine variant in India, which is priced at around 22 lacs, though the prices may vary depending in which city you are buying the car. For instance, it is priced at around 25 lacs in Mumbai.
Technical Specifications 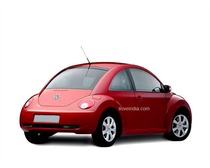 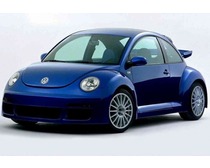