Petronas Towers were the second tallest buildings in the world. Through this article, we will provide you with some fun & interesting facts about Petronas Towers.

Petronas Towers, also known as Petronas Twin Towers, are twin buildings situated in Kuala Lumpur, Malaysia, on the site of city’s race track. Of the two building, the one named Tower 1 was built by Hazama Corporation, while the other, known as Tower 2, was constructed by Samsung Engineering & Construction. The construction work on Petronas Towers was completed in 1998 and they were opened in August 1999. At the time of their completion, the twin buildings were the tallest buildings in the world and continued to be so till 2004. The interior design of the towers depicts the influence of Malaysian culture. Carvings and use of fabric designs which are characteristic of the culture are quite evident. An interesting fact is that the effort that went into the building of these towers, turned out to be global. The architect was an Argentinian; the consultants were from Canada, the structural design engineers were from New York and lastly two consortiums were hired one from Japan and the other from South Korea .In case you want to know more about the Petronas Twin Towers, make use of the fun and interesting facts provided below. 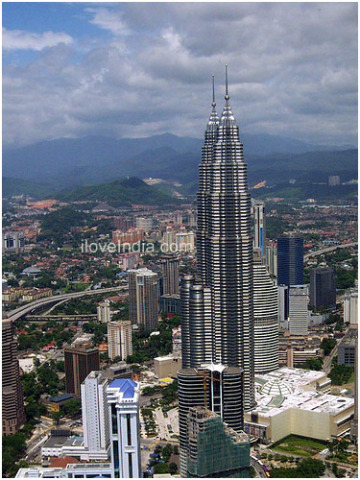 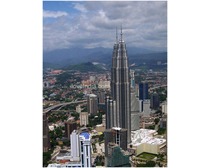 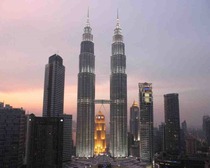