Riga is the capital city of Latvia and offers some enthralling tourist attractions. Check out the places to see and things to do in Riga.

Things To Do In Riga 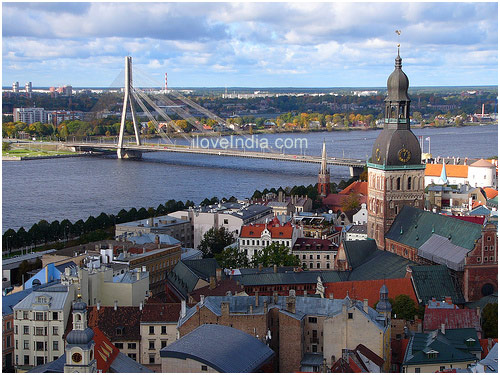 Language: Latvian
Best Time to Visit: May to September
Time Zone: UTC + 2
Driving Side: Right Side
Main Attractions: Riga Cathedral, Riga Castle, Saint Peter's Church, Mezaparks
Riga is the capital city of Latvia. The city is situated along the river Daugava, on the coast of Baltic Sea and enjoys the status of being the largest city amongst the Baltic States. Riga is a frequented tourist spot, due to the large number of historical and architectural marvels located here. One such site is The Historic Centre of Riga, which has been declared a UNESCO World Heritage Site. Riga is renowned for its extensive Art Nouveau (Jugendstil) architecture which, according to UNESCO, is unparalleled anywhere in the world. Thus, the visitors have ample opportunity to do exciting things and visit enthralling tourist attractions in Riga. For more on places to see in Riga, read on.
Riga Cathedral
Riga Cathedral is a Protestant Cathedral located in the city. It was built near the Daugava River in 1211, by Albrecht von Buxthoeven. The Cathedral is considered to be the largest medieval church in the Baltic States. Owing to the fact that it was constructed in early 13th century, it has undergone modification several times over. The pipe organ of the cathedral has 4 manual keyboards and a pedal board. It can play 116 voices, 124 stops, 144 ranks and 6718 pipes and includes 18 combinations and General Crescendo.
Riga Castle
Riga Castle is located on the banks of River Daugava. It was initially constructed in 1330, but was thoroughly rebuilt between 1497 and 1515. Moreover, the fortress was once again expanded and reconstructed between the 17th and 19th centuries. In 1938, the Latvian government declared the castle as its residence. Currently, Riga Castle serves as the official residence of the President of Latvia and also houses several significant museums.
Saint Peter's Church
Saint Peter's Church is a tall structure in Riga. As the name suggests, it has been named after St Peter. Initially built in 1209, it was later enlarged in early 15th century. The sky-rocketing tower of the church was completed in 1746 and was latest restored in 1973. It was even acclaimed to be the highest wooden building in Europe, at the time of World War II. An elevator has been installed in the church, to provide the visitors a spectacular view of Riga from a height of 70 m.
Mezaparks
Mezaparks is a neighborhood in Riga, which is known as ‘forest park’. Built in the 20th century, the park hosts the Latvian Song and Dance Festival in late July every year. The park also houses the Riga Zoo, which is a city-owned zoo located on the western bank of Íîšezers Lake. The zoo houses around 3000 animals, of nearly 500 species, and is visited by an astounding number of visitors each year. An amusement park is also located in Mezaparks, which makes it an ideal summer retreat for visitors.
Other Attractions
Some of the other worth visiting attractions in Riga includes the Powder Tower, which is the sole structure remaining from the original city walls. It also houses the Latvian Museum of War. Next is the Ethnographic Open - Air Museum, which is situated along Jugla Lake. It comprises of farm buildings, church and representative rural life, dating back to hundreds of years ago. The Motor Museum located in the city displays a collection of retro motorcycles and automobiles, including some of the first motorcycles and remnants of the Soviet era, such as Brezhnev's and Stalin's armored limousines with waxworks of these political figures. For shopping, you can visit Domina Shopping Centre, which is the largest shopping centre in the Baltic States. 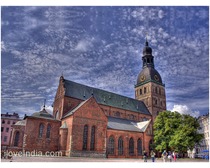 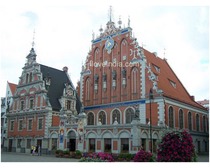