Winnipeg is the capital city of Manitoba in Canada and offers many exciting tourist attractions. Check out the places to see and things to do in Winnipeg 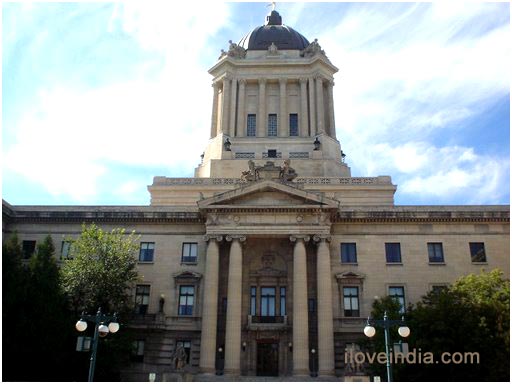 Language: English
Best Time to Visit: May to September
Time Zone: UTC - 6/ -5
Driving Side: Right Side
Main Attractions: Manitoba Museum, Winnipeg Railway Museum, the Costume Museum of Canada, the Assiniboine Forest, Royal Winnipeg Ballet
Winnipeg is the capital of Manitoba, in Canada, apart from being its largest city. It is often referred as the ‘Gateway to the West’, as it is located in the western region of Canada. There are a number of water bodies located in the vicinity of Winnipeg, such as Lake Winnipeg, which is the largest of all, Lake Manitoba and the Lake of the Woods. The city can be very well termed as the cultural hub of the state, as it houses many cultural organizations. Moreover, in terms of tourist attractions, it offers historic architecture, scenic waterways, a heritage river; numerous parks and distinctive neighborhoods. Winnipeg is even known for the title of ‘World's Longest Skating Rink’, along the Red and Assiniboine rivers. To know more on places to see and things to do in Winnipeg, read further.
Sightseeing
The city boasts of a number of museums and other sightseeing places for its visitors. The largest museum in the city is Manitoba Museum. It houses nine galleries and a planetarium. It has even received the Michelin Guide highest rating, as an attraction in Winnipeg. Next is the Winnipeg Railway Museum, which is home to ‘The Countess of Dufferin’, the first locomotive on the Canadian prairies. Besides, the Costume Museum of Canada exhibits around 35,000 articles of clothing, representing about 400 years of fashion history in Canada.
Cultural Galore
Art and culture form the basis of the societal lifestyle of Winnipeg. This can be attributed to the fact that there are a number of theater, music and dance institutions in the city. It ca be called the cultural hub of the state of Canada. Moreover, there are a number of festivals organized in Winnipeg. Some of the worth attending festivals include Winnipeg Fringe Theatre Festival, which is North America's second largest Fringe Festival and is held in July every year. Other festivals include The Winnipeg International Writers Festival (THIN AIR), Folklorama, the Jazz Winnipeg Festival, the Winnipeg Folk Festival, the Winnipeg Music Festival, the Red River Exhibition and Le Festival du Voyageur.
Entertainment
There are a number of entertainment options available for the visitors to rejoice. Those who wish to relax and unwind away from the hustle and bustle of the city can visit Winnipeg's large parks including Assiniboine Park, Kildonan Park and St. Vital Park. However, the major attraction is the Assiniboine Forest, as it is home to a sizable urban deer herd. Apart from this, the art lovers can pay visit to the Royal Winnipeg Ballet.
Royal Winnipeg Ballet is the oldest ballet companies in Canada and the longest continually operating Ballet in North America. Moreover, it is the only ballet company in Canada to receive a Royal charter in 1953 from Queen Elizabeth II. Manitoba Theatre Centre is Canada's first regional theatre and another exciting option for recreation. Founded in 1957 it has produced around 500 plays featuring actors like Len Cariou, Gordon Pinsent, Keanu Reeves & William Hurt. 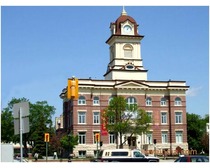 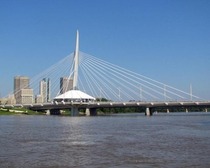