Marseille is the second largest city in France and offers many exciting tourist attractions. Check out the places to see and things to do in Marseille. 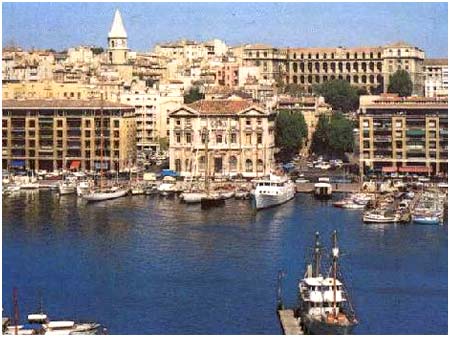 Language: French, Basque, Breton, Catalan, Corsican
Best Time to Visit: Throughout the Year
Time Zone: UTC+1
Driving Side: Right Side
Main Attractions: The Old Port, Phare de Sainte Marie, La vieille charité, Cathedral of Sainte-Marie-Majeure, Marseille Historical Museum, The Musée Cantini
Marseille is the second largest city in France as well as its third largest metropolitan area. Located along the coast of Mediterranean Sea, it is the largest commercial port of the country. Marseille is also the administrative capital of France and its inhabitants are referred to as Marseillais. It is one of the oldest cities of France, which was founded in 600 BC by Greeks, as a trading port. Marsalia was amongst the first Greek ports in Western Europe and even the first settlement to be given the status of a city. Thus, the ancient city of Marseille has a lot to offer to in terms of tourist attractions. Check out the places to see and things to do in Marseille.
Sightseeing
Marseille can be termed as a major tourist hub, as it has a lot to offer to the visitors who come here. The Old Port is the main harbor and marina of the city. Phare de Sainte Marie is a lighthouse built to mark the harbor of Marseille. It is made up of naturally finished local limestone and stands 70 feet high. Moreover, La vieille charité is a former almshouse, which now functions as a museum and cultural centre. The Cathedral of Sainte-Marie-Majeure or la Major was founded in the 4th century. It is a gigantic edifice built as per the Romano-Byzantine style. Besides, the 12th century parish church of Saint-Laurent and adjoining 17th century chapel of Sainte-Catherine have been reopened to tourists after restoration.
Museums
Marseille houses a number of ancient museums, which are quite enthralling from knowledge point of view. Marseille Historical Museum contains records of the Greek and Roman history of Marseille as well as the best preserved hull of a 6th century boat. The Museum of Old Marseille is located in the 16th century Maison Diamantée, describing everyday life in Marseille since the eighteenth century. The Musée de la Mode is the museum of modern fashion, which displays over 2000 designs from the last 30 years. The Musée Cantini is a modern art museum. It houses several artistic works by Picasso.
Dining
The city of Marseille offers some enthralling options in terms of fine dining. There are a number of food specialties, for which the place is famous. This means that there is enough opportunity for you to pamper your taste buds. The wide variety of assorted food items range from Pastis - an alcoholic beverage and Bouillabaisse - a fish soup to Panisse - a chickpea flour pastry and Bourride - a fish dish. Along with all these exotic dishes and preparations, there are a number of other things that can be relished, accompanied by your favorite drink.
Cultural Galore
Marseille is a center of traditional art and culture. There are a number of opera houses, ancient museums, classic art galleries and plenty of cinemas, clubs and bars in the city. Marseille has many theatres, including la Criée, le Gymnase and the theatre Tourski. The Alcazar is a popular music hall and theater, which also houses the central municipal library. The Opera House in Marseille stages around 6 to 7 operas each year, presenting a wide diversity in all performances. The season lasts from September to June. 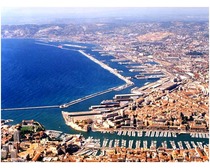 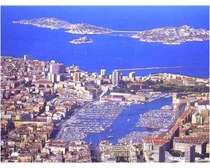