Lyon is the third largest city in France and offers varied tourist attractions. Check out the things to do and places to see in Lyon. 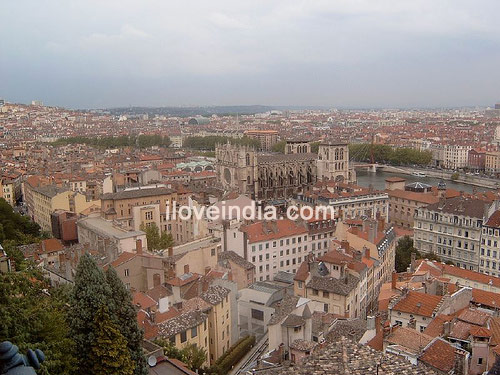 Languages: French and English
Best Time to Visit: May to September
Time Zone: UTC+1
Driving Side: Right Side
Main Attractions: Place Bellecour, Sainte Marie de La Tourette, Lyon Cathedral, The Basilica Notre-Dame de Fourvière, The Musée Lumière, the church of Saint Francis of Sales
Lyon is the third largest city in France. It is also a significant business center after Paris and Marseille. It is popular as the gastronomical capital of France, which can be attributed to the number of fine restaurants located here. Moreover, it has also played a significant role in the history of cinema. In fact, Lyon is also known as a considerably important industrial area, specializing in chemical, pharmaceutical and biotech industries. It is also known to be the silk capital of the world and a fashion hub. The international headquarters of Interpol and Euronews are also located here. With this it can be summarized that Lyon offers exciting tourist attractions and things to do for the visitors. To know about the various places of interest in Lyon, read on.
Sightseeing
Some of the enthralling places, not to be missed in Lyon include the Place Bellecour, which is a large plaza located centrally in the city. It is indeed the largest clear square without any patches of greenery, trees or any other kind of obstacles in entire Europe. Sainte Marie de La Tourette is a Dominican priory, which was designed by the famous architect Le Corbusier. Constructed between 1956 and 1960, La Tourette is deemed to be one of the most important buildings of the late Modernist style.
Lyon Cathedral or Cathédrale Saint-Jean-Baptiste de Lyon is a strikingly impressive Roman Catholic cathedral in the city. It is the seat of the Archbishop of Lyon. The cathedral also houses an astronomical clock from the 14th century. The Basilica Notre-Dame de Fourvière is a World Heritage site in Lyon, the sight of which is mesmerizing. Moreover, don’t forget to visit the Saint-Jean and the Croix-Rousse areas, which are known for their narrow passageways (traboules) that pass through buildings and link the streets on either side. These were also designated as UNESCO World Heritage Sites in 1998.
Dining
Lyon is acclaimed as the gastronomy capital of France. The title has been endowed to the city due to the fact that many of France's finest chefs reside here and in the neighboring regions. Moreover, the two of France's best known wine - growing regions are also located near Lyon, i.e. the Beaujolais towards North, and the Côtes du Rhône towards South. The former is quite popular and enjoys the status of being the most preferred table wine served with local dishes. In fact, the visitors have ample opportunity to pamper themselves with delicious French delicacies at some of the finest and traditional restaurants here. The Bouchons are famous here, which are cordial restaurants serving local dishes and wines.
Cultural Landmarks
The city of Lyon is a cultural center since ancient times. Cinema is almost synonymous with the city as it was invented by the Lumière brothers in 1895. The Musée Lumière showcases many their first inventions, which can be viewed by enthusiasts. Apart from this, the church of Saint Francis of Sales is also one of the most visited sites due to its large and unaltered Cavaillé-Coll pipe organ. Lyon is also known for its unique and traditional painting style of "trompe l'œil", which is quite evident around the city. Another intriguing spot in the city is the African Museum of Lyon. It is one of the oldest museums created in Lyon. 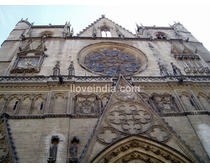 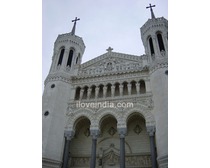