Kyrgyzstan, situated in Central Asia, is a landlocked and mountainous country. Read on to explore some more fun and interesting facts about Kyrgyzstan.

Kyrgyzstan (formerly Kirghizia) is a rugged country situated in Central Asia. Tien Shan mountain range, which the country shares with China, covers approximately 75 percent of the whole territory. Landlocked and mountainous, it stands bordered by Kazakhstan in the north, Uzbekistan in the west, Tajikistan in the southwest and China in the east. Kyrgyzstan is spread over an area of approximately 199,900 square kilometers and has a population of approximately 5,172,000. Raising livestock was, and still remains, the main agricultural activity in the country. The country has a total population of 5,482,200 and spreads across an area of 77, 181 square miles. Most part of the country is bordered by mountainous and Kyrgyzstan was named ‘Switzerland of Central Asia’. One of the largest mountain lakes of the world known by the name ‘Issyk-Kul’ is located in Kyrgyzstan which draws tourists from all over the world as well. In case you want to gather more information about Kyrgyzstan, make use of the fun and interesting facts that follow. 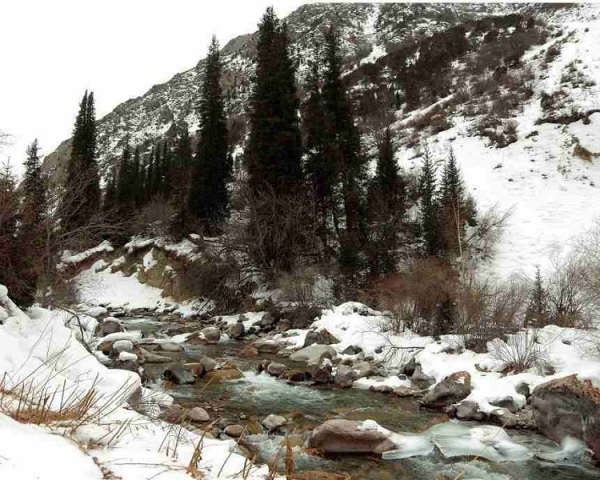