Colorado might not be heaven but it must be on the way; where the eagles in the pine trees on the red rocks seem to say. Come where cool streams, clearest diamonds, give the child a place to play. Colorado might not be Heaven but it must be on the way. This song by ‘Rocky Mountain Homecoming’ by Bill and Gloria Gaither seems to say everything one needs to say about the majesty of Colorado and its Colorado National Monument. Towering red sandstones monoliths, spectacular canyons, gorgeous plateaus, beautiful valleys host infinite adventure and joyful voyage. Colorado National Monument is situated near the city of Grand Junction in Colorado. The place is a semi-desert land located high on the Colorado Plateau. The Monument houses an array of wildlife including pinyon pines, juniper trees, ravens, jays, Desert Bighorn Sheep, and coyotes. Moreover, Rattlesnakes are widely found on the Monument. The drive along the plateau provides spectacular view of the Grand Mesa, the largest flat-topped mountain in the world. Colorado National Monument provides ample trails for hiking but it should not be attempted alone. For some more interesting and fun facts about Colorado National Monument, read on. 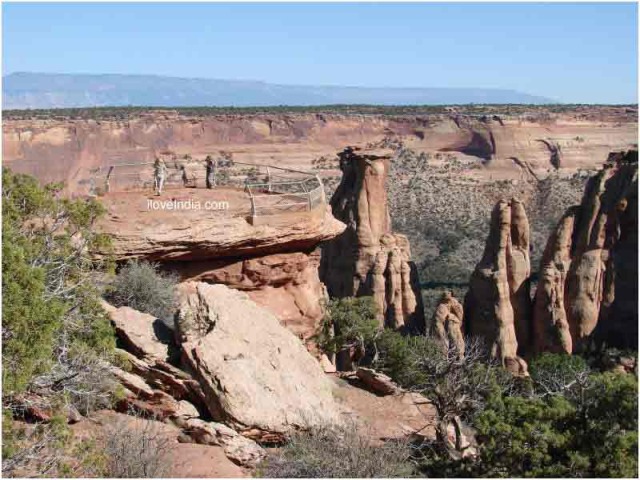 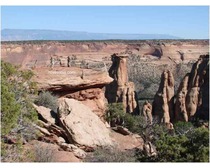 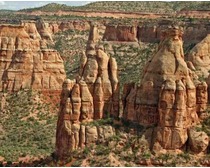