Emo hairstyles can trace back their roots to the hairstyles of punk-rock musicians of the eighties. Find your way through this article to gain familiarity with ‘Emo’ hairstyles for short hair. 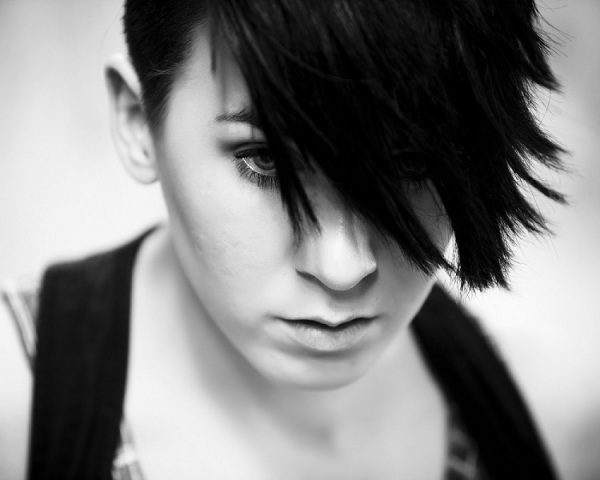 Spikes
Spiked hair or simply spikes are an extremely popular short hair Emo hairstyle. Spikes play around the theme of the Mohawk. However, unlike the Mohawk, the sides of the hair are not buzzed. Spikes look best when hair is short, not too short though. The hair is combed up and is spiked with the assistance of hair sprays or hair gel. Most Emo hairstyles ‘advocate’ the use of subtlety while the rest go all the way. Subtle spikes are spikes that are not too accentuated or defined. So, you basically have two options with spikes – you either can take it easy with subtle spikes or push it to the limits and spike your hair entirely.

Mohawk
The Mohawk is one of the easiest Emo hairstyles to pull off with short hair. You basically have to cut your hair a particular way, a way that will ensure the skill level of your hairstylist is tested. Make it a point to go to a good hairstylist to get a Mohawk done, only because there’s nothing worse than a bad Mohawk. A little on the evergreen Mohawk — it is a hairstyle where the sides and back of the hair is cut short or buzzed while the centre is spiked.

Straightened Bangs
Although bangs and short hair are two different things altogether, short Emo hairstyles have mastered the art of blending the two together. An Emo hairstyle with bangs will have the sides and back of the hair cut short and long strands of hair pulled across the forehead and over the eyes. Bangs are just as popular as spikes or Mohawks. A person with Emo styled bangs may not look like he or she has short hair. However, when you compare this hairstyle to longer versions of the same, this one will always seem shorter. Go for it, if you desire to look young and trendy, or if you just desire to look ‘Emo’.