The ‘Emo’ or Emotional look is considered to be fresh and fashionable. Plough through this article to gain familiarity with ‘Emo’ haircuts for boys.

Have you heard of a band called the ‘Rites of Spring’? No? Well, they’re the band most famous for initiating and propagating the ‘Emo’ or Emotional look. They are also believed to be the first Emo band because of lyrics and tunes that revolved around life in general. It was this band that sparked off a link to what would become a chain of other Emo bands. These Emo bands played a big role in influencing people who listened to their music. Fans of these musicians dressed a certain way, behaved a certain way, and most importantly had hairstyles that were unique to them. This was how the Emo look was born. The boys who make up for the patrons of the ‘Emo’ culture mostly wear only black clothes, but do not go all the way to look like fans of Goth music. These boys also sport long and straight hair that’s pulled across the forehead to cover the eyes. Spikes and Mohawks too have a huge following amongst Emo boys. Take the time! Read on to know more on the different Emo haircuts for boys. 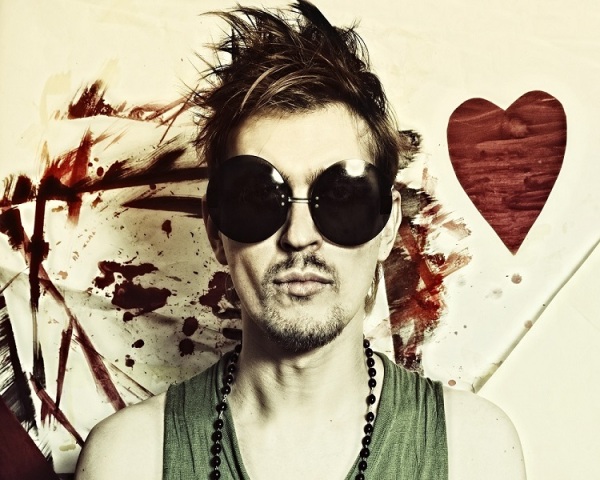 Bangs of hair pulled across the forehead and over the eyes are a popular hairstyle amongst Emo boys. Here the hair is either cut short at the sides and the back and styled long in the front or just let loose and made to look shabby all over. The bangs are straightened and sometimes even colored. The hair is usually pulled towards a particular side of the head. Emo hairstyles or haircuts never stress on tying hair. Emo patrons always let their hair grow out without tying or pulling it back over the forehead. Opt for bangs of ‘Emo hair’ if you desire to look youthful and fashionable.

Another popular Emo haircut for boys incorporates waves of hair that are pulled across the forehead to almost cover the eyes. The waves are not as long as bangs, but are still long enough to be pulled to the sides of the head. The waves are also soft and close to the head. Like most other Emo hairstyles for boys, the hair here is cut short at the back and the sides.

The Mohawk
The Mohawk is one of the most popular Emo haircuts for boys, arguably at least. Here, the hair is cut short at the back and the sides while the centre is spiked. The spikes of a Mohawk begin at the front of the head and end at the back of the head. It’s like a row of spikes that cover the entire head.

The ‘Shabby’ Cut
The ‘shabby cut’ is not really a cut, but simply hair that is grown and styled to look shabby. However, grown out here doesn’t mean hair that are as long as a rock star’s, but simply hair that is grown out to the shoulders. The hair is made to look messy at the back and sides but sleeked and pulled across the forehead in the front. Unlike most other hairstyles, the shabby cut does not advocate a partition. This style was a big rage amongst the punk-rock musicians of the eighties and still is considered fresh and trendy amongst youngsters of today. The shabby Emo look also boasts of being one of the easiest hairstyles to maintain.

Spikes
Emo spikes are just as popular as the shabby, long-haired Emo look. The spikes are just a variation of the Emo look and can be easily pulled off with short hair. The hair is combed up and spiked with the use of hair gels and sprays. There are mainly two variations of spiky hair. One variation has hair that is spiked in its entirety while the other has spikes that are mostly restricted to the front of the head. The sides and back of the head in the second variation are combed down, just like any other Emo hairstyle.