Africanis dogs, belonging to South Africa, are domesticated for their hunting abilities and extreme loyalty. Read on to know about Africanis dog breed. 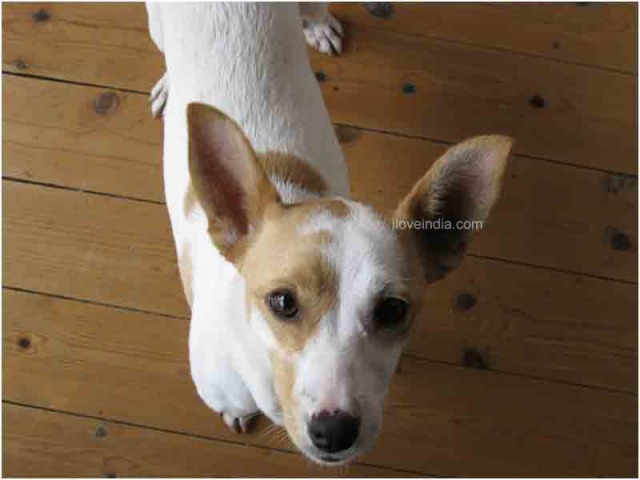 Height: 48 to 56 cm (male), 46 to 51 cm (female)
Coat type: Short coat, with or without markings
Africanis makes up the group of South African dogs that are believed to have been descended hounds and pariah dogs of ancient Africa, introduced into the Nile Valley from the Levant. Though Africanis is not identified as a breed of dogs ye, there is a distinct recognition for this group of dogs. The breed is called “umbwa wa ki-shenzi”, which means common or traditional dog in Swahili. Africanis is known for its outstanding hunting abilities, high level intelligence and deep loyalty. This article brings out all the relevant information about the history, appearance, personality and grooming of Africanis dog breed.
History
As per the recorded evidence, the domestication of Africanis dogs’ did not originate in Africa. Rather, these dogs are believed to have descended from the pet dogs had been domesticated in the East and came to Africa. It is believed that they lived in Egypt as early as 4700 BC. It was from Egypt that these dogs spread along the Nile, into Sudan and beyond. Simultaneously, Africanis were introduced in Sahara, through seasonal migrations. As the Bantu-speaking people of the Early Iron Age migrated to South Africa, the dogs were eventually brought into the land.
The earliest evidence about Africanis’ presence in South Africa was brought forward by Dr. Ina Plug, Deputy Director of Transvaal Museum. The remains of these dogs believed to belong to 570 AD, were discovered near Botswana Border. Evidence of pet Africanis was also found in the lower Thukela valley, believed to be dating to around 650 AD. In the course of time, Africanis adapted to different conditions prevalent in South Africa. It has now become a part of Africa’s unique heritage & biodiversity. Today, one can find true Africanis in rural parts of Africa, where people lead a traditional life.
Appearance
Africanis is a medium size dog, which has well built muscles. It is short-coated, with or without markings. The dog has a slender-built and comes in variety of colors. Occasionally, it also has a ridgeback. Africanis has a wedge-shaped head, which reflects its strength. It has an extremely expressive face. The limbs and head of an Africanis dog are covered with small hair. It has a medium-thick tail, which is thickly coated. Similar to the ears, the tail of an Africanis is functionally mobile. The manner in which the dog keeps its tail also conveys its mood. It has dark and loose skin, which protects it from sustaining serious injuries. In short, the dog has a simple and functional body, which forms the secret behind its beauty.
Personality
Africanis is agile and lively in character and can run at a very high speed. Due to its high speed, the dog makes an excellent hunter. It is a friendly dog, which can be domesticated conveniently. Africanis gets close to people soon and becomes a part of the family. It is excessively defendant towards the family and can turn aggressive while guarding its members. It is independent and territorial, but can be trained easily and is very amiable. The dog shows a high level of facial expressions and can enact powerful body language. It has a steady nervous constitution, but is highly alert to the changing environment. Africanis is friendly to other pets, including dogs. It is consistently healthy and has an inbuilt resistance against internal as well as external parasites. It, therefore, needs no special pampering or any particular food.
Grooming
Africanis has been exposed to rough conditions since ages. Hence, it can survive conveniently in all circumstances. Though it has an innate resistance to parasites, routine vaccinations will certainly befit it. Africanis, like most of the other short-haired dogs, does not need extensive grooming sessions. 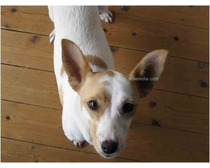 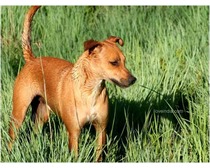