Ainu dogs, also known as Hokkaido dogs, are famed for their loyalty and good behavior. Read on to know more about Ainu dog breed. 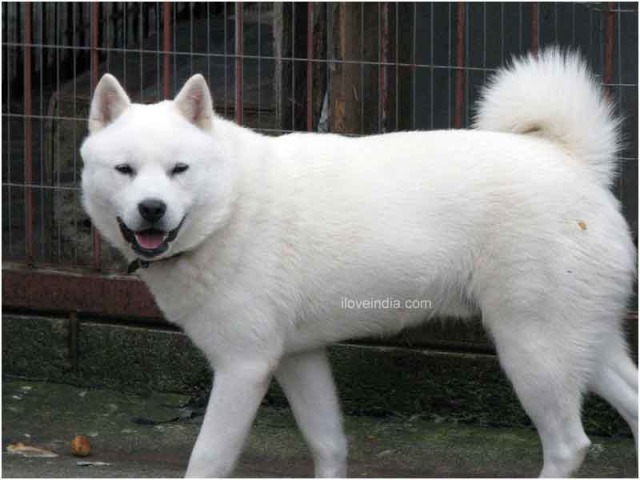 Height: 18-22 inches (46-56 cm)
Weight: 45-65 pounds (20-30 kg)
Coat type: Long, stiff fur, and a second, shorter coat of soft fur
Ainu dogs, also known as Hokkaido dogs, are the native dogs of Japan, where they are also known as Dô-ken. Their other names include Ainu-ken, Seta, and Shita. These dogs are rarely seen outside Japan. Male Ainu dogs are typically 50 cm tall, whereas the females are a few cm shorter in height. Their body mass hardly goes beyond 20 kilograms. These dogs have a lifespan of about 20 years, common in both males and females. Ainu dogs are known to successfully combine the roles of a family pet and a hunter. Their breed has been declared as a natural monument by the Japanese Ministry of Education, in 1937.
History
Probably the oldest breed of dogs In Japan, the history of Ainu dogs can be traced to Matagi-ken, a hunter breed brought by the Ainu people from the Tohku region. This happened in the Jomon period, in the time of Japanese prehistory, which spans from 14,000 BCE to 400 BCE. In the Japanese language, Jomom means cord-patterned. Later, Yayoi people brought another breed to the region, but it could not influence the Hokkaido breed, as it lived in isolation from the other breeds and hence, continued to be in its line of Jomon dog. The name Hokkaido was given to Ainu dogs in 1869, by the English zoologist Thomas W. Blankiston, after they proved useful in a search operation for the survivors of an army expedition caught in heavy snow, in the Hakkoda Mountains.
Appearance
Ainu dogs are thin and muscular, most identified for their sturdy looks. These dogs are known to be impulsive and fast and have small, erect years that are at a right angle to the brow. They eyes are triangular in shape, small in size and brown in color. Ainu dogs have non-protruding, solid teeth. Black spots are also found on the tongue of some of the Ainu dogs. Their lips display black pigmentation and the tail form a curl in the typical Spitz fashion. They have straight and lean forelegs, while the hindquarters are covered with a double coat.
Personality
Ainu dogs have established its reputation as a fearless hunter. They are known to be determined watchdogs, guards and defenders, while being loyal and well behaved at the same time. These dogs have a great sense of direction and can reach back to their master even after going a great distance. Ainu dogs can become headstrong, stubborn and aggressive with other dogs, if their owners fail to display good pack-leader qualities. The breed should not be allowed to run free with other animals, as it can become difficult to command.
Grooming
Ainu dog's harsh and straight double coat should be brushed well and combed on a regular basis. Daily brushing is the best for the long fur of this breed. These dogs also require considerable space and exercise to stay in good shape. 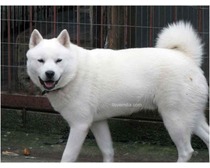 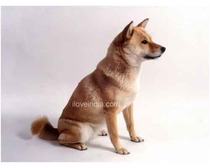