Barbet dog, also known as the French water dog, is a pleasant cheerful dog, which is very intelligent and makes a great companion. Explore this article to find more information about this breed. 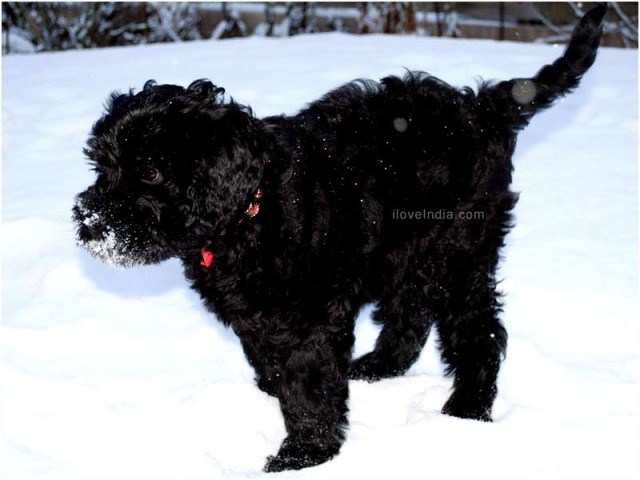 Weight: 35 to 60 pounds (17 to 28 kg)
Height: 52 to 65 cm (20.5 to 25.5 inches)
Coat Type: Thick, long, curly or wavy, and woolly
Barbet dog, also known as the French water dog, is basically a prototypic water dog with a long, woolly and curly coat. It is a fearless and tireless dog, which is seen to be quite active in water sports and is usually used in investigation, while hunting in water. Barbet is a loyal and devoted breed that possesses the inherent canine eagerness to please. Moreover, it is a dog that seems to have been made specifically for the home. It makes a great friend with the inmates of the house and loves to spend time with them. What else, it can even learn commands quickly and performs at a high level. You will never be alone in the company of a French water dog. Read on to know everything about this lovely dog, before bringing it home.
History
Barbet is an ancient dog, with some references to it wheedled in French history. The dog is supposed to have played a vital role in the formation of many familiar breeds, including poodle. The first reference to the breed was made by Count George Louis Buffon, in his book `Histoire Naturelle', in 1750. Barbet is believed to have developed in the 7th and 8th century, when the leashed herding dogs entered Europe with the Moors. It later spread all over Europe as a family pet and hunting dog that would guard stocks. It also helped sailors while working as their assistant and even proved to be an all-round farm dog.
Barbet became famous for its fondness of water, intelligence and skill to point. Its versatile nature has been a landmark in its survival till date, with its origins and bloodlines dating back to 1891. However, the dog’s popularity was clouded with the breeds of sleeker appearance, like Poodle, leading it on the road of extinction. Today, the dog has regained its popularity as an all-round working dog or a pet, with people from Scandinavia and North America pouring in to adopt it. Still, 2009 results show that there are less than 48 known barbets in United States. Steps are being taken by to increase the population once again.
Appearance
French water dog represents a medium-sized breed that looks similar to a large poodle. It has a thick woolly coat that requires regular grooming and can be of multiple colors, the most common of which are black, chestnut, gray, brown and shades of red-fawn and pale fawn. It has a slightly rounded, large head, with bushy hairs falling over the eyes, thereby hiding it completely. Its name ‘barbet’ has been derived from the French word which means beard and refers to its bearded face. The dog is heavy and slow, with short and wide testuz. The ears are long and flat, with low tail. Its wide and webbed feet make it a great swimmer.
Personality
Barbet is an audacious dog that possesses vigorous, calm nature and friendly attitude. It is a gentle and playful dog that makes a great companion to children. The dog makes an ideal family pet and is very loyal to its family. It can get along the other pets of the house, but make a poor watchdog. The least this fearless dog can do is warn the master of the stranger. Barbet is a highly active, water-sporting dog that makes a good hunter in investigations being undertaken in water and is quite easy to train, as it loves being in water. Moreover, it is eager to please its master and would follow him wherever he goes. French water dog is intelligent and a quick learner, but needs a master that would show great leadership. It enjoys the company of family members and can handle living in closed quarters, provided it gets vigorous exercises, particularly water sports and walks.
Genetic Diseases
The average lifespan of a Barbet dog is 15 years; however the breed is susceptible to hip dysplasia, hernia, ear infections, epilepsy and overshoot bites. The ear should be clean of hair and extra care should be taken in this context, as ear infection is a common problem in most water dog varieties.
Grooming
Though the French water dog has a long and wavy coat, it is a minimal shedder. However, the coat requires regular care. The dog needs a regular brushing of the coat, in order to help out the shedding process. Bathing of the dog is important too and it is best if it gets regular baths to keep it clean. 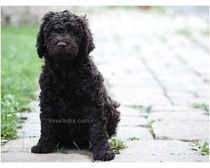 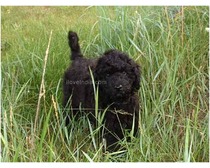