The Austrian Black And Tan Hound is known for its amazing hunting abilities and has also earned reputation as family pet. Explore the article to know more about this dog breed. 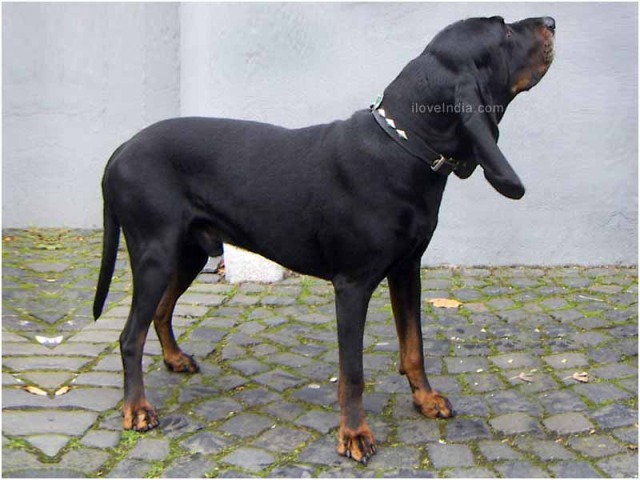 Height: 19-22 inches
Weight: 16-27 kg
Coat: Short & smooth
The Austrian Black and Tan Hound is a dog breed native to Austria. It is widely believed to be the true descendent of the original scent hound, despite a lack of historical evidence to support the belief. This large-sized hound was employed for the purpose of tracking wounded game, mostly hares, in higher altitudes. These dogs are associated with many positive traits, such as hard-work, affection and obedience. It is important to introduce these dogs to socialization at an early age, for the development of these characteristics, as also to avoid their tendency to chase smaller pets. Read on to know more about this dog breed.
History
The Australian Black and Tan Hound is also known as the Brandlbracke. There are no concrete records regarding the roots and origin of this dog breed. However, it is considered that the hunting hound has descended from the Keltenbracke or the ancient Celtic Hounds. Going by this belief, this Austrian dog has a rather rich history. The ancestors of Brandlbracke found favor among the warriors as war dogs. They were also the favorite dogs of royalty.
Appearance
Austrian Black and Tan Hound is a medium sized dog, identified with a broad skull, a strong straight muzzle and a black nose. The lips are tight-fitting and well pigmented. It has strong jaws and teeth, meeting in a scissor bite. These dogs have clear dark brown eyes, which don’t show any red in the corners. Their ears are medium in length and broad, with round tips. The ears are set high and the flaps hang flatly on the sides of the head. These hounds have a supple body, which imparts them an agile and strong appearance. They have a deep and broad chest and a long tail, which tapers gradually, slightly bending at the tip. The legs are straight, well-developed and strong.
Temperament
Primarily, the Austrian black and tan hound was developed for hunting purposes. The dog is also able to scale high altitudes of the Austrian mountains for hunting hares and foxes. This dog breed is accustomed to hard work and commonly, the hunters prefer to keep it for its trailing ability and exceptional capacity to work with cold scents. Earlier, Austrian black and tan hound was not really viewed as a pet. However, this outlook changed considerably with time, since the dog is very well mannered and serves to be an ideal home companion. These dogs are characterized as intelligent, affectionate and loyal. They are very obedient, which makes them easier to train. The Brackie is known to be very gentle with children.
Genetic Diseases
There are no genetic diseases known to affect the Austrian black and tan hounds. These dogs remain fairly healthy and if they fall sick, the ailments they suffer are the common ones that dogs suffer from.
Grooming
Austrian black and tan hounds are easy to care for. Unlike long haired breeds, these dogs do not require much grooming. Once-a-week brushing is enough and bathing is to be done only when required. The nails should be trimmed regularly and the ear flaps are to be cleaned on a regular basis, to avoid the development of any ear infections. 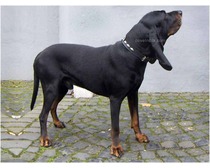 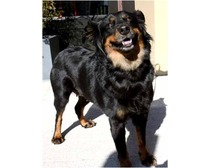