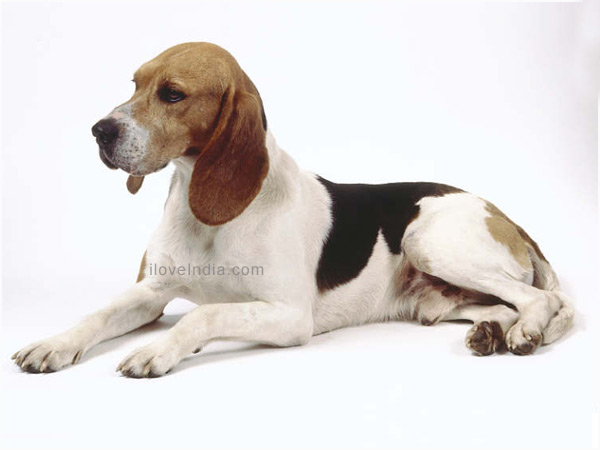 Weight: Between 55 and 65 pounds
Height: 22 – 23 inches high at the withers
Coat type: Short hair dark fawn coat with a mantle or large patches
Artois hound dog is a rare breed of dog which is believed to be descendent of Bloodhound. At one point of time, it was on the verge of extinction. However, today we find some species living though very few in numbers. It is one of the oldest breeds of French varieties. Read below to know further details about the dog.
History
Arotis hound dog was previously called as Picard which was primarily used for hunting during the time of Henry IV and Louis XIII of France. It was recognized especially for its adept skill of hunting down the hare. The breed became extremely popular among the French hunters by the 19th century. Many British varieties of the breed were imported which led to the crossbreeding. This eventually deteriorated the pure Artois hound dogs. It was in 1880s that Ernest Levair and M.therouanne started a 20-year effort to get the original Artois breed. By the middle of the 20th century, Artois number had decreased considerably and thus it was listed in the group of rare species.
Appearance
Artois is a well constructed dog which has a muscular body. It is neither short nor too long. It is a dog of moderate size. It has a round, broad skull with a clack and wide opened nostrils. It has round dark brown eyes which have a melancholic and soft expression. It has strong and quite long tail which it carries in a sickle fashion without allowing it to fall forward. Its main colors are black, tan and white which can come in any combination. It is covered throughout the body with thick, short hair. It has a distinct coat pattern of dark fawn color and has either a mantle or comes in large patches. The coat pattern of Artois hound dog is similar to the coat type of a hare or a badger. The head of Artois hound dog is usually fawn and sometimes has a black overlay.
Personality
Artois hound dog is a highly energetic dog and is extremely courageous. It is highly obedient and loyal to its master. It is known to have a great sense of smell. Like the other scent hounds, Artois hound dog is excited when it is given on the trail of a good scent. It always likes to be independent and needs to be trained by its owners. It has a friendly and sociable disposition. It is highly tolerant and is extremely calm and well balanced. It is highly affectionate and can be conveniently trained. Artois makes up an excellent hunting dog. It is specially used in hunting with guns and on horseback. The dog has an average speed but it is consistent in its speed. Since it has an acute sense of smell, Artois can easily make out its prey’s tactics. Artois hound has a high pitched call which one can hear as far as 2 km. It needs lots of space to walk around.
Grooming
Artois hound dog needs extensive exercise to maintain its hunting abilities. It has to be taken on walks daily. Since it is driven by smell instinct, one should take care not to unleash the dog in an unsecured area. The Artois hound dog has smooth haired coat which requires extensive grooming. It has to be brushed consistently. A wire, rubber or hard bristled brush will serve the best purpose to brush Artois hound dog. It should be bathed only when it is absolutely necessary. It should be bathed by using mild soap or dry shampoo. It can simply be wiped down using a wipe towel. Its nails should also be trimmed regularly. One should check out regularly if it has got any bacterial or fungal infections behind its ears. 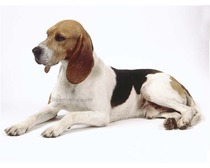 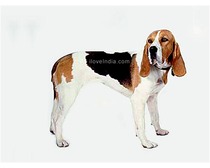