Siberian husky dogs, also known as Arctic husky, originated in eastern Siberia and are nicknames Sibe or Husky. Explore the article to know more about this dog breed. 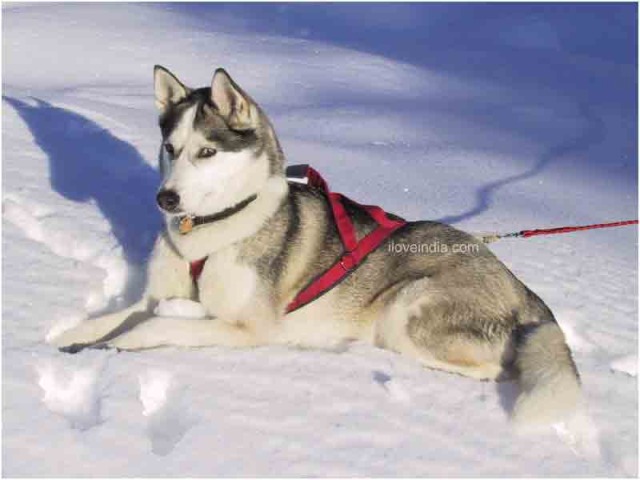 Weight: 35-60 pounds
Height: 20-23.5 inches
Coat Type: Thick Double Coat
Siberian husky, also known as the arctic husky dog, originated in eastern Siberia. It is a medium-sized working dog, with a thick double coat. The other names by which this breed is recognized are Chukcha, Chuksha, and Keshia. Siberian husky belongs to the Spitz genetic family and is called by nick names like Sibe and Husky. The ancestors of this dog breed came from the extremely cold climate of the Siberian Arctic and were bred by Chuchki (an indigenous people inhabiting Chuchki peninsula), of north-east Asia. These dogs were imported to Alaska, which accounts for their spread in United States and Canada. Let us explore some more facts about the Arctic husky dog breed.
History
Recent DNA analysis on Siberian husky establishes it as one of the oldest dog breeds. This dog breed descended from the original ‘sled’ dogs and its history can be traced to the Chukchi people of Asia, who resided in the extreme northeastern part of Siberia. These people once depended on the huskies to survive. The Chukchi hunters required large dogs, capable of pulling medium weight quickly and sustaining exposure to low, harsh climates. After many generations of breeding, the Chukchis were finally able to develop the Arctic husky breed to suit their needs. Due to its moderate size, these huskies were able to run far and fast, which was exactly what the hunters wanted. By the end of 19th century, Alaskan traders also discovered the Arctic husky, imported the dog to Northwest Territory and renamed it Siberian husky.
Appearance
Siberian huskies share many outward similarities with the Alaskan malamute and a various other Spitz breeds. They are strong, compact and working sled dogs, with a well-proportioned body and a muzzle equal to their skull (in length). The color of the nose depends on the color of the coat. The nose of Siberian huskies is black-colored in gray, tan or black dogs, liver-colored in copper dogs and flesh-colored in pure white huskies. They have oval shaped eyes, which are moderately spaced and can be blue, brown, amber or any combination of color. Their triangle-shaped ears are erect and set high up on the head.
Personality
Siberian husky is a family dog that is known to be very gentle and playful. It is clever, sociable, loving, easy-going and docile. As puppies, these dogs are full of energy and love to play with children. They are also friendly with strangers and are not reputed as watchdogs, for they bark very little. Arctic husky dogs are intelligent, have a mind of their own and respond well to training. However, their training should factor in patience, consistency and a complete understanding of the character of the dog.
Genetic Diseases
Arctic huskies are, more or less, free of breed-specific diseases. Juvenile cataracts, corneal dystrophy, and progressive retinal atrophy are some of the eye problems that they may face. They are also vulnerable to ailments such as gastric disease, bronchitis or bronchopulmonary problems ("ski asthma"), and gastric erosions or ulcerations.
Grooming
The thick coat of Siberian huskies doesn’t require exceptional care. They experience a heavy shedding season twice a year. It’s important to comb them thoroughly with a metal comb, during their shedding season. 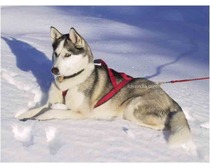 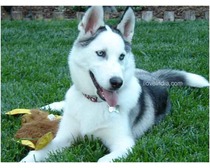