Berger Picard is a highly intelligent dog that is known for its sense of humor too. Learn all about the Picardy Shepherd dog breed, with the information given here. 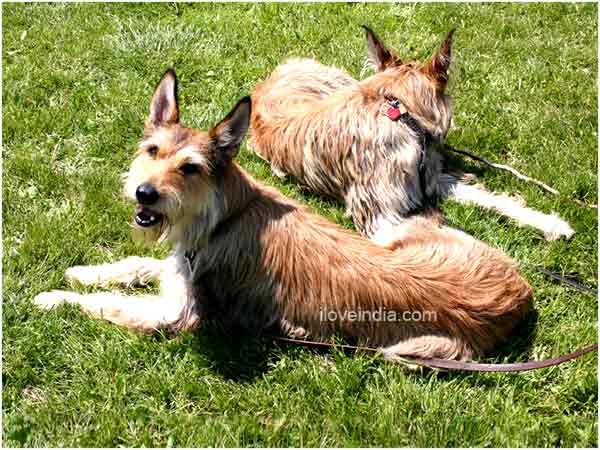 Weight: 50-70 lbs (23–32 kg)
Height: 21.5-26 inches (55-66 cm)
Coat Type: Harsh, crisp, thick strong hair
Berger Picard is French breed of dog that belongs to the sheepdog family. It is known by different names - Picardy Shepherd, Berger de Picard, Berger de Picardie and Bacardi Shepherd. The dog is known for it humor and actually knows how to smile. Hence, the owner won’t be bored when the dog is around, as it will be completely mischievous and playful with him/ her. The dog has a messy appearance due to its harsh thick coat that looks elegant too. It is a fearless and tireless dog that firmly stands to protect its family in front of strangers. However, it also craves for attention from its family members. Berger Picarddog will show enthusiasm to please its master, provided it is praised for its work. Since it possesses a protective and alert temperament, it can make a perfect watchdog. If you are hunting for a dog to become a friend and spend time with you, Berger Picard breed is exactly what you are looking for. Read on to know everything about the lovely dog, before bringing it home.
History
Berger Picard dog or Picardy Shepherd arrived in Picardy and the Pas de Calais in 800 AD, with the Celts. Since it is one of the oldest French Sheepdog, its origin is opined by two different schools of thoughts. While one credits its origin with the Dutch and Belgian shepherds, others feel that it is more related to the known Briard and Beauceron. The harsh coat and rustic appearance of the dog did not gain popularity in the first French Dog show (1863) in which it participated. Later, the dog almost became extinct during the two World Wars. However, its humor and mischievous temperament led its way back to recovery. Today, there almost 3500 Berger Picard dogs in France, around 350 in Germany and approximately 200 in United States and Canada. The dog was recognized by United Kennel Club on January 1, 1994.
Appearance
Picardy Shepherd dog is a medium-sized dog, with a physical structure that is slightly longer than it’s tall. The dog is well muscled, with a messy yet elegant appearance. It has dark frank eyes, with thick eyebrows and high-set and wide ears that are naturally erect. The tail has a small J curve at the tip and reaches the hock. The canine has a minimal undercoat, with waterproof coat that is both crisp and harsh to touch. The coat is a usually a blend of two colors - grey and fawn, with a range of shade variations. It is widely known for its smile.
Personality
Berger Picard dog is extremely lively, energetic and intelligent, with a well-developed sense of humor. The presence of dog can make any person smile, as it is very adorable. The dog is very friendly and sweet tempered with children. It is loyal, hardworking and sensitive in nature and likes being praised and motivated for the work done. Picardy Shepherd dog responds positively to the obedience training and enjoys its work. It has a friendly attitude towards other pets too. However, it needs to be trained for the same. Though the dog can be categorized under the non-barking dogs, it makes a perfect guard dog, owing to its alert and protective nature. Its cheerful attitude tends to get reserved with strangers. The dog is a picky eater, hence a diet program will be difficult to implement. It is basically a herding dog that can stay in the apartment too, provided it gets regular exercises.
Genetic Diseases
Hip dysplasia is not very common with the Berger Picard breed of dogs, as it is not very heavy. However, infection like that of eyes can affect the young dogs, due to draught or dirt getting into the eyes. Besides this, hereditary eye problem like PRA (Progressive Retina Atrophy) and RD (Retina Dysplasia) can also affect these dogs; hence, they need to be checked for this disease every two years. The dog has an average lifespan of 13- 14 years.
Grooming
The tousled, rough coat of the Picardy Shepherd dogmakes it a pet that is easy to care for. The thick waterproof coat needs to be brushed only once or twice a month, especially during the shedding season (spring and autumn). The dog does not shed off its coat too much and has no dog odor. 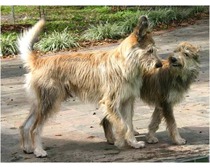 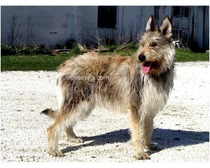