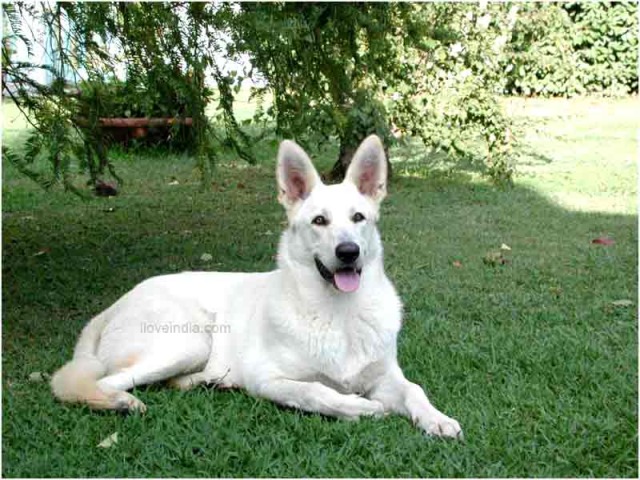 Height: Male 24-26 inches, Female 22-24 inches
Weight: 55-88 lbs
Coat Type: Dense, straight and harsh
Berger Blanc Suisse is a medium-sized, well-balanced and muscular dog. It has become one of the most versatile working dogs serving mankind, due to its high degree of intelligence and sense of loyalty. Commonly known as Snowy Shepherd, the dog is of the same origin as the White Shepherd Dog and German Shepherd Dog. The snow white color makes the dog distinctive and easily recognizable. It is a naturally fit and agile dog, with a lot of stamina and energy. The dog can cover long distances on the ranch and can follow its masters on horseback as well. To know more about the Berger Blanc Suisse dog breed, read the article further.
History
Berger Blanc Suisse, also known as the White Swiss Shepherd, was officially first registered in 1899. It was originally used by shepherds in Switzerland, for herding their cattle and sheep. Initially, it was a completely white coated dog. It was after the formation of the German Shepherd breed that other colors were accepted. During the early 20th century, the white exemplary were excluded and finally wiped out from Europe. In 1970, the first White Swiss Shepherd Club was formed in America. During the same time, the breed appeared again in Europe, first in Switzerland and Denmark and then in Germany. Gradually, the breed was accepted throughout Europe. The first white shepherd to be registered in Switzerland in Europe was Lobo, born in 1966. The dog was then registered in the Netherlands, Czech Republic, Austria and Denmark.
Appearance
Since Berger Blanc Suisse has descended from the German Shepherd, it has almost the same physical standards, except the color of its coat. The dog is slightly longer than it’s tall, with a pure white coat and erect ears. Smooth curves are easily visible on the outline of the coat. The skull and muzzle of the dog are equal in length, parallel to one another and join at a moderate stop. The outer coat is dense, straight, harsh and close lying, while the undercoat is short, thick and fine in texture. The coat is slightly longer and heavier at the neck, especially in males. The ideal color of the coat is white, but colors ranging from a very light cream to light biscuit tan can also be seen. The coat is double and weather-resistant.
Temperament
White Swiss Shepherd is an intelligent, attentive, loyal, watchful, and alert dog, which is also friendly with children. The dog is curious and eager to train and thus, can be trained easily. It adjusts itself easily to other dogs and pets. The breed is often used as a blind dog, rescue dog and guard dog. It is ideally suited for all kinds of sports activities, since it requires a lot of exercises and challenges. It is self-confident, maintains certain aloofness and serves as a good companion, if raised at a good home. The breed has a very playful and curious personality with a tendency to be very vocal by whining, grunting and moaning. It is a great howler and a wonderful family dog.
Genetic Diseases
Some Berger Blanc Suisse dogs can suffer from hip and elbow displasia. To ensure that your dog is free from such a problem, get its parents tested before buying one. The dogs can also show some skin or coat problems and can have missing teeth. Some other occasional concerns include bloating or stomach torsion, megaoesophagus, degenerative joint disease (including osteochondritis) and malabsorbtion syndrome.
Grooming
Although White Swiss Shepherd dogs tend to shed hair heavily, they are easy to groom. Brushing the hair on a daily basis will reduce hair shedding. Also, eyes and ears should be regularly cleaned. A good quality dog shampoo can be used to give a bath to the dog. Nails require regular clipping. 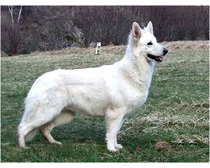 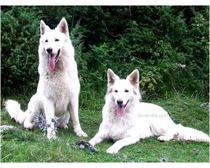