Belgian Sheepdog was originally bread to safeguard the cattle. Read on to know all about the Belgian Shepherd dog breed. 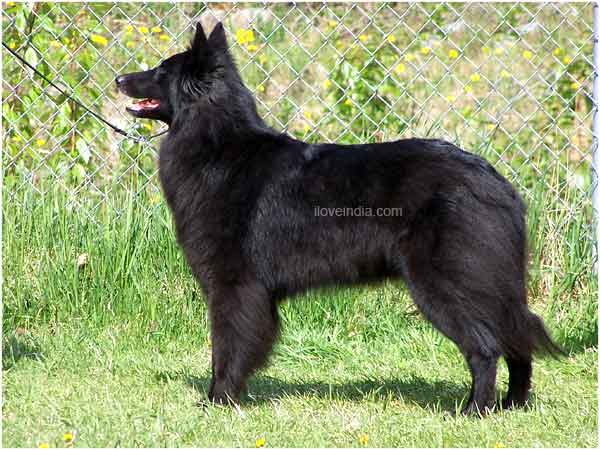 Weight: 60-65 lbs
Height: Male -24 to 26 inches; Female - 22 to 24 inches
Coat Type: Double coat with intense hair
Belgian Sheepdog, also known as Belgian Shepherd dog, represents an extremely agile dog. It is highly alert and is known for its intelligence and obedience. It makes a great companion for family members. Since the canine has the basic herding instinct, it is extra-ordinarily good in guarding the family. The breed is highly affectionate and does best in a country environment. Belgian Sheepdog has an intense protective instinct and makes a great watchdog for the home. Read further to know more details about the history, appearance, personality, diseases and grooming of the dog breed.
History
Belgian Shepherd dog is native to Belgium. The dog was bred for the purpose of guarding and herding sheep. Presently, it has four varieties, namely Laekenois, Groenendael, malinois and Tervuren.
Appearance
Belgian Shepherd dog has a musculoskeletal structure that almost resembles the popular German Shepherd, except for its hind legs. The dog has a domed forehead with black muzzles and fully erect ears. It has hair all around the body. The face and legs of this canine are covered with much shorter hair than the other parts of its body.
Personality
Belgian Sheepdog is a highly energetic dog that enjoys being at work always. It is agile, alert and smart. The dog needs to be trained to be social at a very tender age. It has a strong territorial sense and is very protective towards its owners and territory. Belgian Shepherd dog works well with children and under proper training, can also prove tolerant to other pets in the house. However, it shows aggressive behavior towards other dogs. The breed has a distinct character of nipping at ankles. It still shows a strong herding instinct. The canine is extremely obedient and is known for its high level of intelligence. Belgian Sheepdog makes an excellent watchdog. It is suspicious towards strangers, but becomes highly social once it becomes acquainted.
Diseases
Some of the common health problems occurring in the Belgian Sheepdog are skin allergies, eye problems and aggressiveness. Care should be taken that it is not overfed, as this can make the dog lazier and it can also encounter the problem of obesity.
Grooming
Since Belgian Shepherd is a long, straight haired breed, it requires daily combing or brushing. It has to be brushed all the way down into the undercoat. This will prevent the formation of tangles or matts. During warm seasons, the dog sheds hair rapidly. It has to be groomed properly in this season. 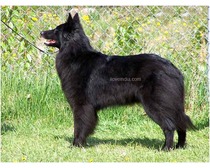 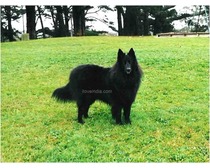