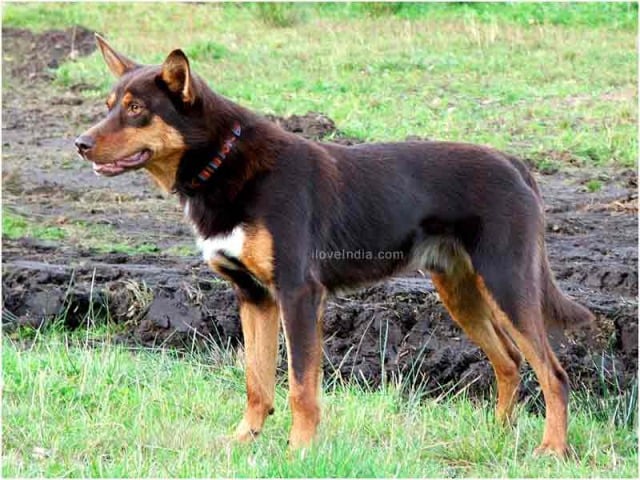 Height: 17-23 inches
Weight: 11-21 kg
Coat Type: Double-coated
Kelpie is an Australian sheep dog, known for mustering and droving with almost little, or no command guidance. Around the world, these dogs are used to muster livestock, mainly sheep, cattle, goats and poultry. Kelpie is a very active dog breed, with a great stamina and suppleness. Its strong and solid looks resemble those of a Shepherd. The breed has two distinct varieties, the show or bench kelpie and the working kelpie. Working kelpies are bred for their ability to work hard and not for their appearance, while the show kelpies are chosen for their looks and are seen at conformation dog shows in some countries. Let us explore some more information on the Australian kelpie dog breed.
History
Simple black dogs, known as ‘collies’, were the ancestors of Australian kelpies.  Some of the collies were imported to Australia in the early 1800’s for stock work. They were crossed with other dogs, in order to make them working dogs without much supervision. The first kelpie was a female pup, black and tan in color, with floppy ears. This dog was named after the mythological kelpie from Celtic folklore and thus, it came to be known as ‘Kelpie’.
Appearance
Australian kelpies have a broad head, between the ears, with a flat skull that tapers to the muzzle. Their ears are moderate in shape and stand perky, without spooning over. The eye spacing is wider when compared to the structure of the face. The eyes are almond-shaped and dark in color. In some of Australian kelpies, the eye color may be lighter, imparting them a ‘mean’ appearance. These dogs have a thick and strong neck and their narrow shoulders slope downward. They have a muscular physique and are known to be agile. The tail of this breed bends, forming a slight curve, which is raised higher when these dogs are excited.
Temperament
Australian kelpies are loyal dogs, known for traits such as friendliness, intelligence and high levels of energy. These dogs require a challenging job to keep them as happy and content companions. Constant stimulation for them is extremely important, as they can become frustrated on sitting idle and feeling bored. They are known to be tireless, dependable, independent and hardworking.
A working bred kelpie must be engaged in a tiring job to keep them happy, while the show kelpies are happy with walks and socializing opportunities. Working kelpies have also done well in dog sports, search and rescue work and can also be kept as family dogs, provided they get enough physical and mental exercise.
Genetic Diseases
Not many health problems in Australian kelpies are known, as they represent a strong breed. However, disorders common to all dog breeds, such as cryptorchidism, hip dysplasia, cerebellar abiotrophy and luxating patella, are found in the kelpie dog breed as well. Lack of activity can mentally stress the working bred kelpie.
Grooming
Australian kelpies have a smooth, short coat, which is weather-resistant. They are easy-to-groom, requiring only an occasional combing and brushing. They are to be bathed only when it’s necessary. 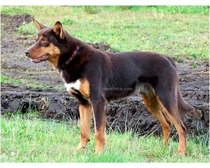 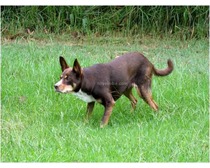