People spend a lot of time on care of their nails; they spend time on cutting them, shaping them, etc. However, when it comes to women, the process takes on a whole new meaning. It’s not just about clean and well shaped nails, it’s also about the way they look and if they are in accordance with the latest trends and styles or not. It is for this reason that they spend those endless hours at the spas, getting manicures and pedicures done. Solar nails are basically just nails made from the same acrylic material as other artificial nails are, but they have some distinct advantages. These nails can be used by anyone who is used to using artificial nails or by those who would want to try out these nails. Getting the nails put on is a two step process, of which, the first step includes cleaning and brushing the nail with a substance that will help the actual acrylic nail stick. Step two will include the application of the actual nail on the cleaned and brushed part. Once it is put in place it is buffed with a special polymer, the hands are washed and you are ready to show off!

Advantages Of Solar Nails
There are numerous ways in which solar nails win over the regular acrylic nails; the first of which is that, since it is not a nail extension and is applied directly on the nail, it can last longer. Once in place, you won’t have to worry about it lifting off or flaking. They are also known to be resistant to rough use and don’t break easily. Solar nails are also know to survive the sun better than the regular acrylic nails which start turning yellow when exposed to sunlight for too long. This means that the next time you go to the beach or to the salon to work on your tan; you don’t have to leave your nails behind! The overall lifespan of the solar nails is also known to be longer than the average two weeks of the regular acrylic nails. 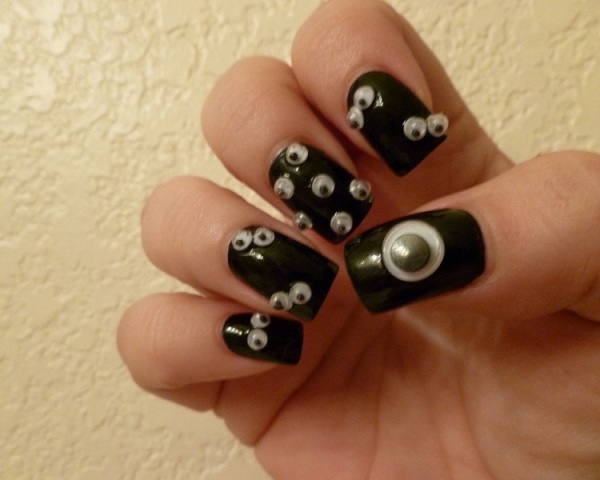 The fact is that solar nails are known to be more expensive than the regular acrylic nails. However, when you weigh the advantages of these nails, you will realize that in the long run they are the better option.
How to Cite

How To Grow Nails

How To Put Nails

How To Get Stronger Nails

How To Make Designs On Your Nails

Pros And Cons Of Acrylic Nails