Rajnikant has been alluring the movie-lovers in South India with his unmatched and unique way of acting. Go through the biography to know all about the life of Rajnikant.

Rajnikanth, fondly called “Rajni”, is the superstar of Tamil cinema. Born as Shivaji Rao Gaekwad, Rajnikanth has established his name in the Tamil film industry, rather all over South India. He is in the Tamil film industry for the last 25 years. Born to a poor Maratha family living in Karnataka, he took up different jobs in Bangalore, even worked as a bus conductor, before entering the film industry. He started his career in films by doing villainous roles, before graduating to being the main protagonist. Apart from acting, Rajnikanth has proved his dexterity in script-writing and production as well. Today, he is regarded as the “Thailaivar” (leader) of millions of fans across Tamil Nadu and even across the world. 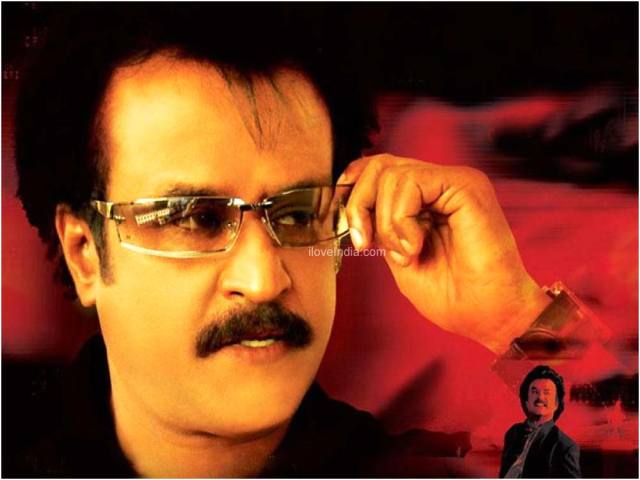 Childhood
The superstar of Tamil cinema, Rajnikanth was born on 12th December 1949, to a Maratha family living in Karnataka. He was the fourth child to his parents Ramojirao Gaekwad (father) and Jijabai (mother), who named him Shivaji Rao Gaekwad. His brothers are Sathya Narayana Rao and Nageshwara Rao. Rajnikanth did his schooling at the Acharya Paathshala in Bangalore and then continued his studies at the Vivekananda Balak Sangh, a unit of the Ramakrishna Mission. Rajnikanth lost his mother when he was five years old.
Early Life
During the early years of his life, Rajnikanth struggled a lot because of poverty. After completing education, he took up various jobs in Bangalore. Rajnikanth also worked as a bus conductor for the Bangalore Metropolitan Transport Corporation. Before entering the film industry, he used to practice stunts at Rama Hanuman Temple, near his house. Later on, he joined Madras Film Institute, where he learned acting and was acquainted with the nuances of cinema. He also attended a theatre and participated in stage plays.
Debut In Films
Rajnikanth made his debut in the film industry, as an actor, in a Kannada film named “Katha Sangama”, in 1975. Although “Katha Sangama” was his first film, it was K.Balachander’s directorial venture - Apoorva Ragaangal - a Tamil film, which brought Rajnikanth to limelight. Rajnikanth maintains that K. Balachander is his mentor, who recognized his talent. Under his tutelage, the actor sharpened his acting skills. At first, he was offered anti-hero roles in films. He played the role of villains in his own style and the unique brand of villainy allured the movie buffs to his films during the period.
After doing a number of villainy roles in Tamil films, including “Moondru Mudichu” (1976), “16 Vayadhinile” (1976), “Avargal” (1977), he finally landed a positive role in the film “Bhuvana Oru Kelvikkuri” (1977), in which he was a villain in the first half and became a kind-hearted person in second half. S.P. Muthuraman is accredited with revamping the image of Rajnikanth entirely, by offering him this role. Thereafter, Rajnikanth started receiving lead roles in films. “Mullum Malarum” (1978), the directorial venture of J. Mahendran, established him in the Tamil film industry. S.P. Muthuraman’s "Aarilirunthu Arubathu Varai" (1979) further strengthened his position as the lead actor.
Journey To Superstardom
Rajnikanth continued to allure the movie buffs watching Tamil cinema, by his unique style and dialogue delivery. His superlative style of acting and action proved to be something beyond comparison, not seen in his peers in the film industry, and continue to be unmatched till date. He has an uncanny knack of delivering “punch” dialogues, which strikes straight at the souls of the masses. He emerged as a hero, a superstar, to relate to the layman.
The Blockbusters
After Rajnikanth established himself as the superstar of Tamil cinema, almost his every film proved to be a mega-hit. Some of his blockbusters include “Thalapathi” (1991), “Annamalai” (1992), “Ejaman” (1993), “Muthu” (1995), “Basha” (1995), “Arunachalam” (1997), Padaiyappa (1999), Chandramukhi (2005), “Sivaji - The Boss” (2007), the latest being “Kuselan” (2008). “Sivaji - The Boss”, the big-budget super hit movie of 2007, made Rajnikanth the highest paid actor in India. He charged a whooping Rs 25 Crore for acting in the movie.
Rajnikanth In Bollywood
Rajnikanth is one of the few actors from South India who have entered Bollywood and achieved considerable success there. His debut in Hindi Film Industry came in the form of “Andha Kanoon” (1983). Although he didn’t create much impact on the audience in North India with his first film, he continued to act in few more Hindi films, including Geraftaar (1985), Uttar Dakshan (1987) Chaalbaaz (1989) and Hum (1991). Rajnikanth was much more noticed in his subsequent Hindi movies and appreciated as well.
Personal Life
Rajnikanth tied the knot with Latha on February 26, 1981. The couple has two daughters - Aishwarya and Saundarya. The elder daughter - Aishwarya is married to Tamil actor Dhanush. The younger one, Saundarya is a graphic designer and also works as a film director and producer. She has worked with her father in a number of Tamil films, including ‘Sivaji - The Boss’ and ‘Chandramukhi’. Rajnikanth’s wife is currently running a school named ‘The Ashram’, in Chennai.
Awards & Recognition
Tamilnadu Government
Central Government
Filmfare Awards
Cinema Express Awards
Screen Awards
Filmography
1975 - Apoorva Raagangal
1976 - Moondru Mudichu
1977 - 16 Vayathinile
1978 - Mullum Malarum
1979 - Ninaithale Inikkum
1980 - Billa, Johnny, Murattu Kalai
1981 - Thee, Thillu Mullu
1982 - Moondru Mugam
1983 Andha Kanoon (Hindi)
1984 - Nallavanuku Nallavan
1985 - Sri Raghavendra
1985 - Geraftaar (Hindi)
1987- Uttar Dakshan (Hindi)
1989 - Chaalbaaz (Hindi)
1991 - Thalapathi
1991 - Hum (Hindi)
1992 - Annamalai
1993 - Ejaman
1995 - Baasha, Muthu
1997 - Arunachalam
1999 - Padayappa
2005 - Chandramukhi
2007 - Sivaji: The Boss
2008 - Kuselan
How to Cite