Jyothika is counted amongst the leading actresses of Tamil cinema. Go through the biography to know all about her childhood, profile & filmography.

Jyothika Sadanah Saravanan has been recognized as one of the leading actress of Tamil cinema (Kollywood). She has been a part of some of the major blockbusters of Kollywood, opposite the leading actors of the industry. Thereafter, she went on to do a few Telugu films as well. Jyothika made her on-screen debut in a Hindi film, but gained recognition and acceptance largely in Tamil movies. Although Jyothika has taken a break from films, after marriage, her versatility in acting is still well appreciated by movie lovers. 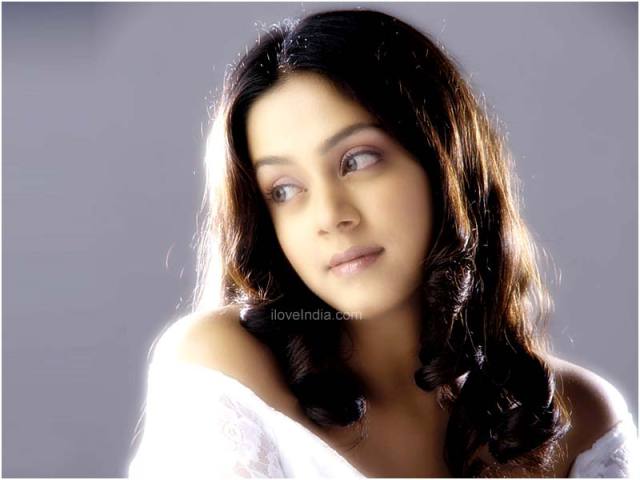 Childhood, Education And Personal Life
Jyothika was born to a Punjabi family on October 18, 1978. Her father is Chander Sadanah, a film producer, and her mother is Seema Sadanah. Her elder sisters are Nagma (renowned actress of yesteryears) and Roshini. Suraj is her younger brother, who is currently working as an assistant director to Priyadarshan. Jyothika studied in Chembur Muslim School in Mumbai.
After completing her schooling, Jyotika pursued a degree course in Psychology, from Mithibai College of Arts, Mumbai. However, she didn’t complete her graduation and dropped her studies mid-way, to undertake acting as her career. During the golden period of her career, Jyothika dated leading Tamil actor Surya Sivakumar. Their relationship lasted for almost three years and eventually, she married him on September 11, 2006. Now, they have a baby girl named Diya.
Career
Jyothika made her debut in 1998, in Priyadarshan’s Hindi film - “Doli Saja Ke Rakhna”. Her role in the film went unnoticed, as the film bombed badly at the box office. She, then, proceeded to do films in South India. She started her career in Kollywood with a cameo in “Vaali” (1999). Her small role in the film fetched her acclamation by the audience and film makers, alike. The following years proved to be golden time for her, as she was offered the female lead in films like “Poovellam Kettuppar”, “Khushi”, “Rhythm” and “Snegithiye”, all of which scored well at the box office.
Jyothika also acted in Telugu films, including “Tagore” (2003) and Mass (2004). Some of the best works of the actress, which have acquired a special place in the minds and hearts of Tamil movie lovers, include adventurous college girl Vani Subramaniyam in “Snegithiye” (2000), the bubbly girl in “Khushi” (2000), the most educated girl from a village in “Dhool” (opposite Vikram) and a school teacher in Kaaka Kaaka (2003). She played a negative role in Pachaikili Muthucharam (2007), an entirely different image portrayed by her.
Awards
Jyothika grabbed the 'Tamil Nadu State Film Award for Best Actress' for her double role in “Perazhagan” (2004), opposite Surya. Her biggest success till date is “Chandramukhi” (2005), co-starring Rajnikanth. The film fetched her wide recognition and 'Tamil Nadu State Film Award for Best Actress' in 2005. She was also nominated for 'Filmfare Best Tamil Actress Award' for her bold, mute girl’s role in Mozhi (2007).
Filmography
How to Cite