Ben Affleck is a popular American actor who has also directed, and written screenplay for, a few Hollywood films. Go through this biography and explore his childhood, profile & filmography. 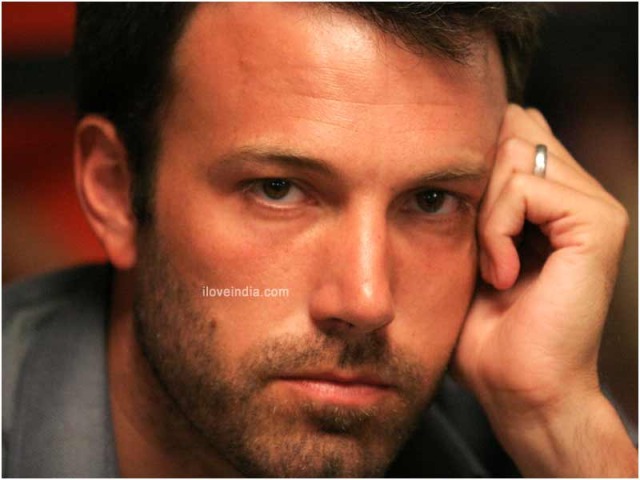 Born In: Berkeley, California
Nationality: American
Career: Actor, Director and Screenplay Writer
Ben Affleck is an established named in Hollywood. The American actor, film director and screenplay writer is the elder brother of renowned actor Casey Affleck. Entering Hollywood as a child actor, Ben established himself in the film industry in the mid 1990s, after doing notable roles in the blockbusters of the period. He is widely popular for starring as the lead actor in super hit movies like “Pearl Harbor”, “Changing Lanes” and “Daredevil”. The actor’s high-profile affairs with Gwyneth Paltrow, Jennifer Lopez and Jennifer Garner (his wife) have been much hyped in the entertainment media.
Childhood And Education
Born on August 15, 1972, in Berkeley, California, Ben Affleck belongs to a family of Irish and Scottish parentage. His mother Christine Ann is a school district employee and a teacher. His father, Timothy has assumed the positions of a drug counselor, janitor, social worker, bar tender and auto mechanic and also worked with the Theater Company of Boston, as an actor. Affleck’s family moved to Cambridge, Massachusetts, when he was young. His parents separated in 1984. He did his schooling from Cambridge Rindge & Latin School, pursuing graduation from Occidental College in Los Angeles & the University of Vermont.
As An Actor
Ben Affleck made his debut as an actor at a very tender age. He appeared as a child artist in the popular educational television program “The Voyage of the Mimi” in 1984. He was offered several roles in life-stories in the 1990s. Offers for acting in films started pouring in thereafter. He acted in some of the notable films, including “School Ties” (1992), “Dazed and Confused” (1993), “Mallrats” (1995), “Chasing Amy” (1997) and “Going All the Way” (1997). He also partnered with writer-director Kevin Smith in the movie “Mallrats”. Thereafter, he was offered roles in several films made by Smith.
Ben Affleck gained nationwide popularity and recognition after working in the film “Good Will Hunting”, with his childhood friend Matt Damon, in 1997. For it, the duo received the Oscar for Best Original Screenplay. After the huge success of “Good Will Hunting”, Affleck worked in a number of successful films, in which he did starring roles. He established himself as the leading man of Hollywood, in the early 2000s. Some of his super hit flicks include “Pearl Harbor” (2001), “The Sum of All Fears” (2002), “Changing Lanes” (2002) and “Daredevil” (2003). However, he faced career low after delivering few flops, which included “Gigli” (2003) and “Surviving Christmas” (2004). He went unnoticed in films thereafter. It was in 2006 that he made a comeback, with “Clerks II” and “Hollywoodland”.
Beyond Acting
Ben Affleck collaborated with Matt Damon and producers Chris Moore and Sean Bailey, to establish a production company named “Live Planet”. The four teamed up to create the popular series of documentary - “Project Greenlight”, which was nominated for the highly prestigious Emmy Award, as the Outstanding Reality Program for three years - 2002, 2004 and 2005. The team was also the creator of “Push” and “Nevada”. Ben Affleck’s first directorial venture was “Gone Baby Gone”, released in 2007. His brother Casey acted in the film, which was based on Dennis Lehane’s novel. Ben also co-wrote the screenplay for the movie.
Personal Life
Ben Affleck’s relationship with actress Gwyneth Paltrow, which started in 1998, was much hyped by the entertainment media. After breaking up with Paltrow, he moved on to his next relationship in 2002, which was with the famous actress-singer, Jennifer Lopez. Although his engagement with Lopez was announced, the couple broke up in 2004. He then began dating his “Daredevil” co-star Jennifer Garner. The couple romanced for the next nine months and eventually tied the wedding knot, on June 29, 2005.
Awards
Filmography
How to Cite