SP Balasubramaniam is a very popular singer of Indian film industry. Go through the biography to get information on the profile, childhood & filmography of SP Balasubramanyam. 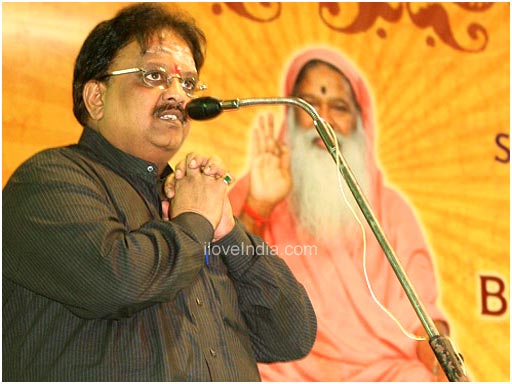 Born In: Konetammapeta, near Nellore, Andhra Pradesh
Education: B.Tech from JNTU College of Engineering
Career: Singer, Music Director and Actor
Nationality: Indian
SP Balasubramaniam is a veteran singer, who has been associated with the Indian film industry for the past thirty years. Fondly called SPB, he is best known for his versatility, incredible voice range, unique style of singing and a voice with depth. Balasubramaniam has sung thousands of songs, in five different Indian languages, during his career span. As a singer, he virtually ruled Telugu, Tamil and Kannada film music industry for over two decades and rendered some of the evergreen hits during the period. SP Balasubramanyam has shown his artistic excellence as a music composer, actor and dubbing artist as well.
Childhood And Education
Born on 4th June 1946, in Konetammapeta, near Nellore, Andhra Pradesh, SP Balasubramaniam belongs to an orthodox Telugu Brahmin family. He has two brothers and five sisters. He is the elder brother of the well-known singer SP Sailaja. His father, SP Sambamurthy, was a renowned exponent of Harikatha. SP Balasubramanyam developed a keen interest in music at a very young age. Singing was his hobby and he learned to play musical instruments, including flute and harmonium, on his own, without acquiring formal training for the same. Since his father wanted him to become an engineer, he took admission in JNTU College of Engineering and pursued an AMIE course as well.
Early Life
SPB participated in a number of singing competitions, when he was studying, and won several awards. One such competition proved to be the turning point in his life. In 1964, Music director SP Kodandapani noticed Balasubramaniam performing at a singing competition, organized by Madras-based Telugu Cultural Organization. The music director was very much impressed by SPB’s performance and decided to introduce him as a singer in the Telugu film 'Sri Sri Sri Maryada Ramanna' (1967), for which he had composed the songs. Other music directors across the South Indian film industry were equally impressed by the new voice. Consequently, the singer was offered chances to sing in Telugu, Tamil, Kannada and Malayalam films.
As A Singer And A Music Director
SP Balasubramaniam has sung over 39,000 songs, in five different languages including Telugu, Tamil, Kannada, Hindi and Malayalam. The singer’s name also features in Guinness Book of World Records, for singing the most number of song recordings within a very short period. He has sung songs in various genres of Indian music. His maximum songs are in Telugu, followed by Tamil. Apart from film songs, he has also chanted slokas in Sanskrit for cassettes, one of the most popular being “Sivastuti”. Apart from singing, SP Balasubramaniam has composed several songs for Telugu films as well.
As An Actor and Dubbing Artist
SP Balasubramanyam made his debut as an actor in the Telugu film “Pellante Noorella Panta”, released in 1969. Thereafter, he was offered character actor roles in many Telugu films. He also went on to do Tamil films, in which he contributed as a supporting actor. Balasubramaniam also dubbed for a number of actors, including Kamal Hassan, Salman Khan, Bhagyaraj, Mohan, Girish Karnad, Gemini Ganesh, Nagesh, Karthik, Raghuvaran and Vinodkumar. He was assigned as the default dubbing artist for Kamal Hassan’s many Telugu movies, dubbed from Tamil.
Awards
National Awards
Andhra Pradesh State Award
Filmfare Awards
Filmography
As Music Director
As An Actor
How to Cite