Prabhu Deva is one of the most popular choreographers of South Indian film industry. With this biography, explore the profile, childhood & filmography of the actor-director-choreographer. 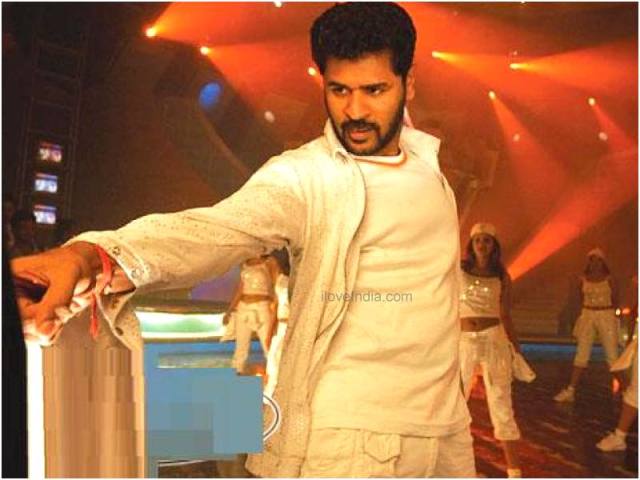 Born In: Mysore, India
Career: Actor, Choreographer, Director
Nationality: Indian
Prabhu Deva Sundaram is one of the leading choreographers of South Indian film industry. After acquiring formal training in Bharatnatyam and Western dance styles, he went on to chase his dreams in the world of films. He kick-started his film career, as a choreographer, in Tamil films. His dance steps and acting skills fetched him small roles in films, during the initial stage of his career. Thereafter, he was offered the roles of a protagonist in Tamil films. Meanwhile, he continued to choreograph song sequences for several films. He has choreographed for around 100 South Indian films, including Tamil and Telugu movies, till date. The actor-choreographer has recently directed a handful of films as well.
Personal Life
Born on April 3, 1973, in Mysore, India, Prabhu Deva Sundaram spent the early years of his life in Alwarpet, Chennai (Tamil Nadu). Inspired by his father, Sundaram (popular South Indian dance director of yesteryears), Prabhu Deva acquired formal training in Bharatnatyam and Western dance forms. His brothers - Raju Sundaram and Nagendra Prasad - are also popular choreographers, currently working in South Indian movies.
Career As A Choreographer & Actor
Prabhu Deva started his career in films as a choreographer. He made his debut as a dance director in “Vetri Vizha” (1987). The same year, he was offered a small role in “Agninatchatram”. Before starting as a full fledged actor, he made guest appearances in song sequences, most of which were choreographed by him only.
Prabhu Deva was widely noticed for his fast dance steps, choreographed by him, in the super hit movie “Gentleman” (1992). Thereafter, offers for both acting and choreography started pouring in. He acted as a hero for the first time in “Kadhalan” (1994). Apart from Kollywood (Tamil film industry), Prabhu Deva’s talent in acting and dancing was widely recognized in the neighboring Telugu and Kannada film industry as well.
Being A Director
After establishing himself as one of the promising actors and a leading choreographer, Prabhu Deva went on to direct films. His first directorial venture was a Telugu film named “Nuvvostanante Nenoddantana”, released in 2005. The film scored well at the box office. In the following year, he directed another Telugu film - “Pournami”. “Shankardada Zindabad” (Telugu) and “Pokkiri” (Tamil) were amongst the blockbusters of 2007, directed by Prabhu Deva.
Awards
Some of the best works of Prabhu Deva include choreography in Tamil film Minsara Kanavu (1997) and Hindi film “Lakshya” (2004). He bagged the National Film Award for Best Choreography in both the films. Apart from this, his dance steps in the song “Style” from the movie “Sivaji – The Boss” (2007) was also critically acclaimed. He received the Best Director award for “Pokkiri” (2007).
Filmography
As Actor
As Director
As Choreographer
How to Cite