Plastic Surgery is a medical treatment used to rectify and correct the function and appearance of an organ. Read this article to know the history and evolution of plastic surgery.

Plastic Surgery is a medical and cosmetic treatment meant for the correction of form and function. Like any other treatment, it also has a variety of fields; some of these are hand surgery, burn surgery, microsurgery and craniofacial surgery. The history of Plastic Surgery dates back almost 3000 years ago to the ancient Egyptians and Indians who, at that primordial age, performed this treatment on lips, nose and ears using skin grafts. This technique became more sophisticated during the Greek and Roman period when the advanced knowledge about the blood circulation and bone reconstruction reached to the people. 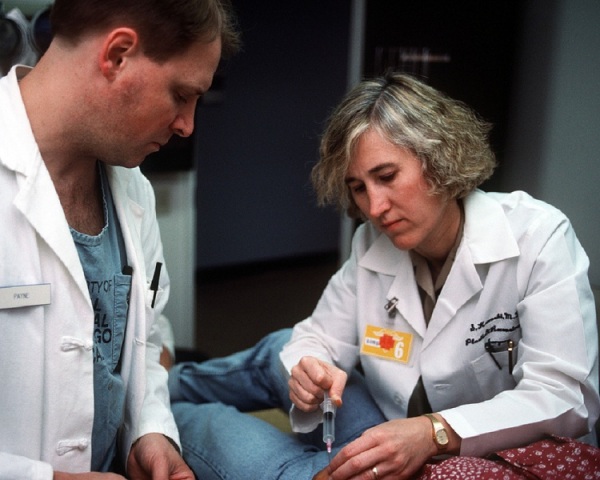 Image: [email protected]
Interesting Information On Origin and Background of Plastic Surgery
As far as its origin is concerned, Plastic Surgery was first performed in India around 2000 BC by Sushruta, who along with Charak, made significant contribution in the field of plastic and cataract surgery. Their work was translated into Arabic language during 770 AD and strewn into the European countries, which at that time, were still developing the methods of rectifying distorted organs.
From that time on, Plastic Surgery began to reach the countries which were far from India, including Italy, where it was first adopted by the families of Sicily and Gaspare Tagliacozzi. The Great Britain was the next to follow. British physician regularly traveled to India in order to see and learn the techniques of Rhinoplasty. Joseph Constantine Carpue was the first person outside India who performed a major plastic surgery successfully around 1815. The technique made its way into Egypt and Rome by the 1st century BC where damaged ears started getting successful repair surgery.
In 1827, the first plastic surgeon of the United States Dr. John Peter Mettauer first experimented with the Cleft Palate operation, using his own instruments. However, the dangers involved with the painful procedure — which often resulted into a reverse effect — prevented it from becoming popular until the 19th century, when anesthesia became a part of the treatment. With the invention of antibiotics and disinfectants, the threat of infection reduced; thus more people became willing to have benefitted from the treatment.
Further, drugs like Penicillin and Sulfa made the procedure pain less and easy. In 1896, James Israel, a German urological surgeon supported the use of heterogeneous free-bone implanting for the reconstruction of nose defects, thus making a revolutionary improvement in the technique. In 1889, the same theory was supported by an American surgeon, George Monks. The first modern plastic surgery introduced by an otolaryngology surgeon Sir Harold Gillies whose experiments were adopted in the 20th century in the United States.
A famous American surgeon, Dr. Vilray Blair, contributed heavily in this field and became the first chief of the Division of Plastic and Reconstructive Surgery at Washington University. In 1845, the concept of rectifying the appearance of nose using cosmetic surgery was first introduced by John Friedrich Dieffenbach which has become a part of the today’s modern techniques of plastic surgery.
Though no substantial records have been traced of the 20th century, the evolution of plastic surgery majorly happened during this period. Walter Yeo - a British soldier - is known to be the first person who was benefitted from successful plastic surgery that was performed by Sir Harold Gillies in 1917. In present times, the most common procedure of plastic surgery is transfer and transplantation of skin tissue. Some of the modern techniques in plastic surgery are eyelid surgery; face lifting, forehead lifts, breast surgery and tummy tuck which are usually performed to correct major functional problems, though can be done to a normal appearance as well.
A new technique - microsurgery is a procedure where the tissues are transferred to cover a defect when no local tissue can be found. While plastic surgery is a reconstructive surgery performed mainly to improve functions and form covering the defects, another much used term ‘cosmetic surgery” is a treatment performed to enhancement of physical appearance through surgical and medical treatments. Cosmetic surgery is often mixed with plastic surgery, though the two are entirely different procedures, and have different results.

In recent times, the demand for cosmetic surgery has increased remarkably among the people seeking to enhance their appearance to the extent of aesthetical icon. At the present time, with the growing number of people willing to go for these treatments, these surgeries have become cheaper in many countries and are often insured.