Revathy, an Indian film actress and director, has been in the film industry for nearly two decades. Check out this biography to get information on the profile and of filmography of Revathi. 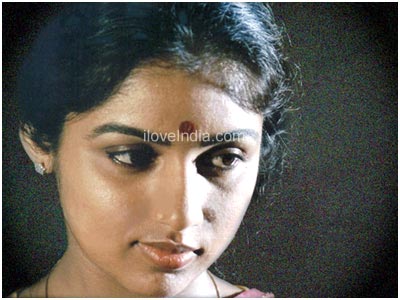 Born In: Kochi, Kerala
Nationality: Indian
Career: Actress, Director
Revathy is a veteran Indian film actress, who has done several Tamil, Malayalam, Telugu and Hindi films. Her career graph reached the peak during the 1980s and early 1990s, when she acted in some of the blockbusters of the period. She has received a National Award, a State Award and several Filmfare awards for her outstanding performances in Tamil, Telugu and Malayalam movies. Associated with the industry for over two decades, Revathi has recently joined the list of emerging female film directors, in the mainstream cinema.
Personal Life
Born on July 8, 1966 in Kochi, Kerala, Revathy is the daughter of Major Kelunni, of the Indian Army. She was originally named Asha Kelluni and Revathi is her screen name. She married actor Suresh Menon in 1988. However, her marital life ended up in a divorce, in 2002.
As An Actor
Revathy made her acting debut in 1982, in the Tamil film “Mann Vasanai”, a directorial venture of renowned director - Bharathiraja. In the following year, she did two films, named “Pudumai Penn” and “Kattathe Kilikoodu”, in Tamil and Malayalam, respectively. Offers started pouring in thereafter and she was seen in a number of Tamil and Malayalam films. She was offered the role of female protagonist in the movies, in both the languages. Revathy acted in a number of blockbusters during the 1980s and early 1990s, which is considered as the golden period for both, Tamil and Malayalam Film Industry.
Revathi established herself as one of the leading actors in Malayalam cinema with her very second movie 'Ente Kanakkuyil (1985). She also earned critical acclamation in the Malayalam film “Kakkothikkavile Appoopppan Thadikal” (1988). Revathy received her first National Award for her outstanding performance in the Tamil film “Tevar Magan” (1992). She also acted in a couple of Telugu films during the period, which include “Lankeshwarudu” (1992), “Ratri” (1992), “Ankuram” (1992) and “Gaayam” (1993). The actress made her debut in Hindi films with “Love” in 1991. She has done a dozen Hindi films till date.
As A Director
Revathy is the latest actress to join the bandwagon of female feature film directors in the mainstream circuit. Her first directorial venture was an Indo-English film “Mitr - My Friend” (2002), which was critically acclaimed and attained considerable commercial success as well. She directed her next film in Hindi, named “Phir Milenge” in 2004, which received equal appreciation.
Awards
Filmography
As An Actor
As A Director
How to Cite