Punk hairstyle is a very broad term that encompasses a wide array of styles that borders from the sublime to the outrageous. The basic philosophy of punk is to shock, to outrage, and so the hair is styled in spikes and loud colors. So, while one side of the head may be shaved bald the other side will display hair that is gelled into tall spikes. Fiery neon dyes enhance the shock value further. The inspiration of punk hairstyle is based on the punk rock movement of the 70’s when musicians set themselves apart from society by spiking and coloring their hair. That is why the foundation of punk style is spikes and colors, the more outrageous, the better. No doubt to carry on such a hair-do is not for the faint hearted. For those with a rebellious streak in them can choose from a wide variety of punk hairstyles. Before going for any style, it is better if you grow your hair till below-the-shoulder length. Only then, you will be able to choose from wide range of punk hairstyles. Long hair will allow you to clip, trim, and cut and so try out various styles. Also, the long hair strikes are the most shocking. To take your pick on which style to adopt, read below for the various hairstyle options for men. 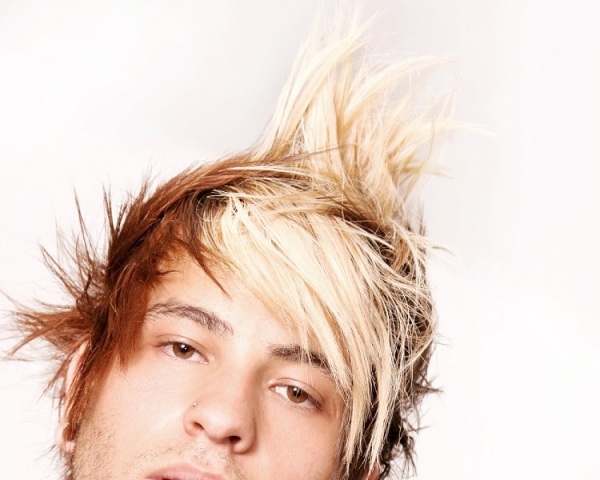 What Are The Punk Hairstyles For Men

Original Punk
This is the traditional punk hairstyle. The spikes are made using gels and the hair is dyed purple or pink. There is no variation in the style and it was more popular in the 1980s.

Skate Punk
In this hairstyle, the hair is cut in asymmetrical lengths. Then spikes are formed using gels. The hair ends are made tiny and spunky. More often neon color is used on the hair ends and the rest is mostly kept blond.

Horror Punk
It is based on the gothic look. The hair is dyed either black or blue-black and long spikes are made in the center of the head from the nape to the forehead resembling the Mohawk style. The spikes can also be made to resemble horns.

The Mohawk
This is the most popular and widely used punk hairstyle. The entire head is shaved except a 1.5-inch strip along the centre. The hair should be between twelve to fourteen inches in length and it can be dyed in any hues.

Tri-Hawk
It basically means three Mohawks. Thus, the spikes at the center of the head are separated into three sections by leaving a space of two inches between each hawk. Then by shortening the side hawks by five inches.

Liberty Spikes
This requires long hair. Once the hair has grown to sufficient length,  it is cut evenly all around tapering towards the back. To heighten the effect, the hair is dyed in neon colors. Then long spikes are formed with a good gel all over the head.

Cue Ball
The micro crop is the simplest punk haircut. The hair is clipped to less than half an inch and dyed. The best colors are red, white, and black. It can also be dyed in leopard print.

The Beaver
The sides of the head are shaved leaving only a short strip in the middle of the head from the forward of the head to the back.

Side Hawk
This hairstyle gives the effect of a peacock. The back of the head is shaved. The hair is not gelled vertically. Instead, it is extended horizontally from one ear to the other so that the spike appears on one side. This is especially good when the hair is long.

How To Punk Hair