Jude Law, a British actor, director and producer, has featured in a number of stage plays and super hit films. Check out the article to know all about his profile, childhood & filmography. 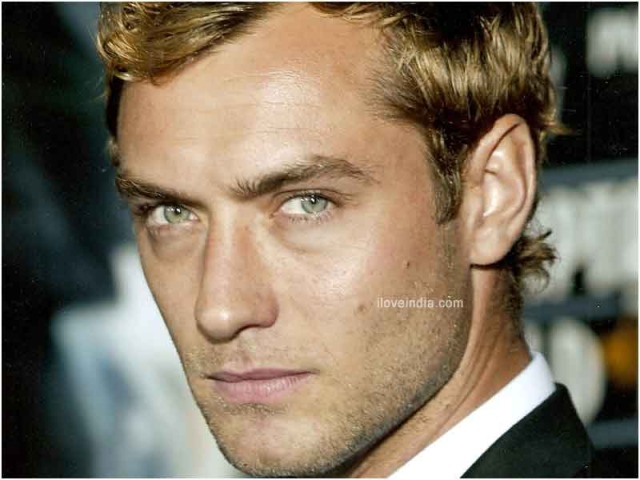 Born In: Lewisham, South London
Nationality: British
Career: Actor, Director, Producer
Jude Law is an eminent theatre-actor and one of the leading men in Hollywood. British-born Law is also a film director and producer. He started his acting career by doing roles in stage plays. He featured in the small screen, for the first time, in 1989. The actor went on to pursue a career in Hollywood in 1994. He has received accolades from the audience and the film fraternity alike. Jude Law has won several awards and nominations in both, films and theatre. He is on the Top Ten List from the 2006 A-list of the most bankable movie stars in Hollywood.
Childhood
Jude Law was born to Maggie and Peter Law, on 29th December 1972, in Lewisham, South London. He spent his childhood in Blackhealth, a village located in the Borough of Lewisham. He attended John Ball Primary School in Blackheath, and later on, enrolled into Kidbrooke School in Kidbrooke. Finally, Law joined the Alleyn's School, in Dulwich.
In Theatres
Jude Law joined National Youth Music Theatre in 1987, to pursue a career in acting. He acted in the award winning play - “The Ragged Child”. His role of Foxtrot Darling, played by him in Philip Ridley’s hit stage play – “The Fastest Clock In The Universe”, received wide appreciation. After being noticed in the play, Jude went on to feature in Jean Cocteau's “Les parents terribles”, a directorial venture of Sean Mathias, in 1994.
Jude was nominated as an "Outstanding Newcomer" by the jury of Laurence Olivier Award, for his role in the play “Les Parents Terribles”. This role fetched him "Ian Charleson Award". He continued to act in stage plays thereafter. Till date, he has received a number of awards and nominations for the same. Jude was also nominated for Tony Award as Best Actor, for “Indiscretions” (1995), and won the Theatre World Award for the same play.
In Television
Jude Law made his debut in television with a role in “The Tailor of Gloucester”, the made-for-television movie based on the Beatrix Potter children's book. He appeared in the soap opera “Families” (1990) as well. He then did the role of Joe Barnes in the popular television show “The Casebook Of Sherlock Holmes”, in 1991. “The Marshal” was his next project, which was telecast in 1993.
In Films
Jude Law made his entry in feature films in 1994, with “The Crane”. Jude got his big break in films through the movie “Shopping”, released in the same year. After doing a couple of notable roles in films like “I Love You, I Love You Not” (1996), “Bent” (1997) and “Wilde” (1997), he gained repute in Hollywood and found himself as a part of some of the big films made during the time. One of the major films, which fetched him awards and a number of nominations, was Anthony Minghella’s “The Talented Mr. Ripley”, released in 1999. “Cold Mountain” (2003), also directed by Anthony Minghella, is another important film in Law's career.
In 2006, Jude Law was listed among the top ten most bankable movie stars in Hollywood. The French government soon recognized Law’s contribution to World Cinema Arts and honored him with the Ordre des Arts et des Lettres. He is one among the three actors who, owing to his death, took the place of the actor Heath Ledger in Terry Gilliam's film The Imaginarium of Doctor Parnassus. Apart from this, Jude Law will feature in “Repossession Mambo”, “Rage”, and “Sherlock Holmes”, in 2009.
Personal Life
Jude Law married “Shopping” co-star Sadie Frost on 2nd September 1997. Apart from his stepson Finlay Munro, he is the father of Rafferty, Iris and Rudy. Jude and Sadie couple separated on 29th October 2003. Jude’s next relationship was with his “Alfie” co-star Sienna Miller. After their engagement, in 2004, the couple announced their break up in November 2006.
Charity Work
Awards
Nominations
Filmography
Theatre Work
How to Cite