Brendan Fraser is known as one of the most versatile actors of Hollywood. With this biography, know more on the profile, childhood & filmography of this ace actor. 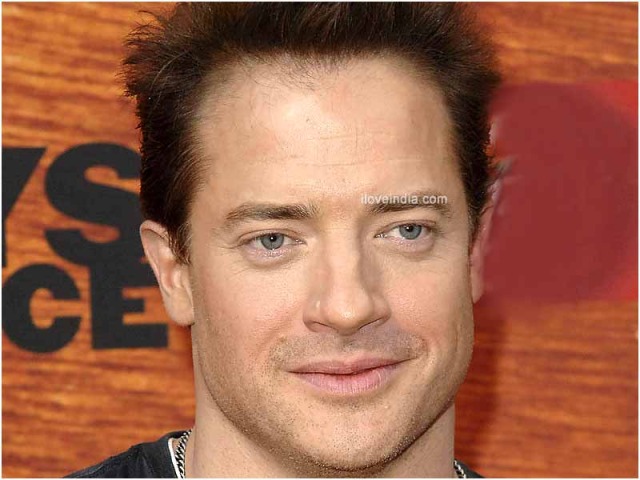 Born in: Indianapolis, Indiana
Career: Actor
Nationality: Canadian-American
Brendan Fraser is one of the top notch actors of Hollywood. With a career spanning almost two decades now, Brendan Fraser has proved his might in all the genres of films, be it comedy, romance, drama, horror or even voicing for cartoon flicks. Right from the romantic lover-boy image to the action hero of the adventure horror flick, ‘The Mummy’, this Canadian-American actor has worked hard to give a variety to his audience. Acting has been an integral part of Fraser's career - right from theatre to the mainstream cinema and also silver screen. In 2006, he was introduced into Canada's Walk of Fame.
Childhood & Education
Born on December 3, 1968, Brendan Fraser was the fourth child of Carol and Peter Fraser, after Kevin, Regan, and Sean. While his mother was a sales counselor, his father, a former journalist, worked as a Canadian Foreign Service officer, for the Government Office of Tourism. Though he was born in Indianapolis, Indiana, Fraser, along with his family, moved to a number of locations in his early years, such as Eureka, California, Seattle, Ottawa, the Netherlands and Switzerland.
Initially, Fraser attended a private boarding school, Upper Canada College, in Toronto. It was during this time that, on a vacation in London, he attended his first professional theatrical performance at the West End. In 1990, he completed his graduation from Seattle's Cornish College of the Arts. Though Fraser had no plans of entering the world of glitz and glamour, it was only on his way to south that he decided to stay at Los Angeles and try his luck in the world of cinema, we know as Hollywood.
Career
Brendan Fraser’s film career started with a few cameo roles. It was only with the 1992-released ‘Encino Man’ that Fraser started as a mainstream actor. He bagged the role of the protagonist for the movie. In the same year, he was seen in 'School Ties', in which he shared the screen space with Ben Affleck and Chris O'Donnell. After establishing himself as an actor, Brendan tried his hand at comedy. 'Airheads', 'Blast from the Past', 'Bedazzled' and 'Monkeybone' are some of the well-known comic flicks that proved Fraser’s might as a full-on entertainer as well.
A proof of his versatility as an actor, Fraser’s career graphs proudly flaunts movies of different genres. Though he was a part of many good and successful films, he never shied from supporting roles. However, his first taste of mega success came with the horror flick, ‘The Mummy’ and its sequel ‘The Mummy Returns’, both of which were huge hits. They gave Fraser’s career the high every actor aims to achieve. Thereafter, he did a couple of voice-overs for cartoon movies like ‘George of the Jungle’ and ‘Dudley Do-Right’. He was also a part of the Oscar-Award winning movie ‘Crash’. Fraser has also made guest appearances on TV shows like 'Scrubs', 'King of the Hill' and 'The Simpsons'.
Other Interests
Apart from being an actor, Brendan is a gifted amateur photographer as well. He has been seen with Polaroid in movies and on TV shows as well. Another ability of Fraser is his mastery over French language. He also serves as one of the Board of Directors of FilmAid International
Personal Life
Fraser got married to actress Afton Smith and had three sons - Griffin Arthur Fraser, Holden Fletcher Fraser and Leland Francis Fraser. The marital bliss, however, did not last long. On December 27, 2007, Fraser's publicist announced that the couple had decided to divorce.
Awards
Nominations
1998: Blockbuster Entertainment Award for Favorite Actor/Actress - Family (George of the Jungle)
1999: Chlotrudis Award for Best Supporting Actor (Gods and Monsters)
2000: Saturn Award for Best Actor (The Mummy)
2000: Blockbuster Entertainment Award for Favorite Actor - Action (The Mummy)
2001: Teen Choice Award Film - Choice Actor (The Mummy Returns)
2002: Blimp Award for Favorite Male Movie Star (The Mummy Returns)
2005: Black Reel Award for Best Ensemble Cast (Crash)
2008: National Movie Award for Best Performance - Male (The Mummy: Tomb of the Dragon Emperor)
Awards
1997: Golden Space Needle Award for Best Actor (Still Breathing)
2006: Black Reel Award for Best Ensemble (Crash)
2006: Outstanding Performance by a Cast in a Motion Picture (Crash)
Filmography
1991: Dogfight
1992: Encino Man, School Ties
1993: Twenty Bucks, Son in Law, Younger and Younger
1994: With Honors, Airheads, In the Army Now, The Scout
1995: The Passion of Darkly Noon, Now and Then
1996: Mrs. Winterbourne, Glory Daze, Brain Candy (Cameo)
1997: George of the Jungle, The Twilight of the Golds, Still Breathing
1998: Gods and Monsters
1999: Blast from the Past, The Mummy, Dudley Do-Right
2000: Bedazzled , Sinbad: Beyond the Veil of Mists (Voice)
2001: Monkeybone, The Mummy Returns,
2002: The Quiet American
2003: Dickie Roberts: Former Child Star, Looney Tunes: Back in Action
2004: Crash
2005: Beach Bunny (Voice)
2006: Journey to the End of the Night, The Last Time
2007: The Air I Breathe
2008: Journey to the Center of the Earth, The Mummy: Tomb of the Dragon Emperor, Inkheart
How to Cite