Danny Boyle is an award-winning British director & producer, credited with films like 'Trainspotting' & 'Slumdog Millionaire'. Explore his profile, childhood & filmography, with this biography. 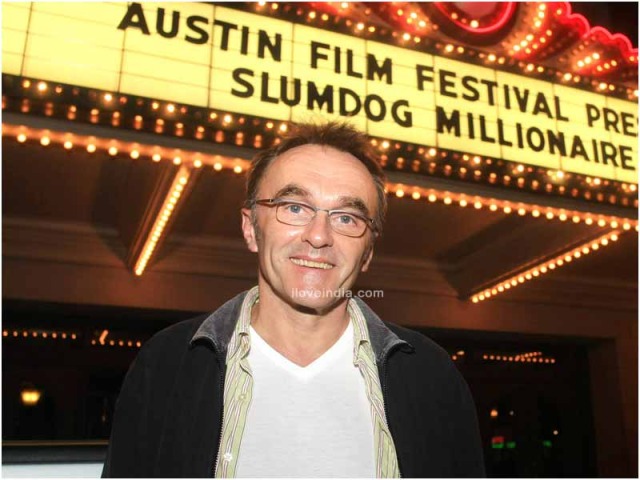 Born In: Radcliffe, Lancashire, England
Nationality: British
Career: Director, Producer
Danny Boyle is an award-winning British director and producer, who started his career with theatre. He made his debut in the feature film industry in the year 1994, with the film 'Shallow Grave'. However, it was his second film 'Trainspotting', released in 1996, through which he rose to fame. One of England's most famous breakthrough talents of the 1990s, Danny Boyle has been in the industry for less than two decades, but has still managed to garner much success and acclaim for himself.
Childhood & Early Life
Danny Boyle was born on 20th October 1956, in Radcliffe, Lancashire, England, into a working-class Irish Catholic family. Though his father was born in England, he belonged to an Irish family. On the other hand, his mother was from Ballinasloe, Co Galway. In the early years of his life, Boyle pondered over the thought of becoming a priest and even attended religious school as a teenager. Later, after being discouraged by a priest, he completed his education from Thornleigh Salesian College in Bolton and University of Wales, Bangor.
Career in Theatre
Danny Boyle started his career as a theatre artiste, with the Joint Stock Theatre Company. Thereafter, he joined Royal Court Theatre, where he served as an Artistic Director from 1982 to 1985 and as Deputy Director from 1985 to 1987. During the period lasting from 1982 to 1987, his productions included Howard Barker's Victory, Howard Brenton's The Genius and Edward Bond's Saved. The last production won the 'Time Out Award'. In the following years, he also directed five productions for the Royal Shakespeare Company.
Television Career
Danny Boyle made his debut on television, in 1980, as a producer for BBC Northern Ireland. He produced a number of TV films for the channel, including Alan Clarke's controversial 'Elephant'. With time, he moved on to become a director on shows such as 'Arise And Go Now', 'Not Even God Is Wise Enough', 'For The Greater Good', 'Scout' and even two episodes of 'Inspector Morse'. Apart from that, Boyle can also be credited with the highly commended BBC2 series, 'Mr. Wroe's Virgins'.
Entry In Films
Danny Boyle entered the feature film industry in 1994, with his directorial debut being 'Shallow Grave'. Though a small-scale film, it was well-received by the audience. His next film 'Trainspotting', released in 1996, was based on the novel by Irvine Welsh. Not only was the film a great commercial success, it is also regarded as one of the most influential and iconic British films of all times, till date. Following this, he moved to Hollywood, with the aim of seeking a production deal with a major US studio.
Boyle was offered the chance to direct the fourth film of the Alien franchise. However, he turned it down and, using British finance, made 'A Life Less Ordinary' (1997). After lying low for the next three years, he came up with 'The Beach' (2000), an adaptation of the cult novel of the same name. The year 2001 saw him directing two TV movies for the BBC - 'Vacuuming Completely Nude In Paradise' and 'Strumpet'. In 2002, he made the post-apocalyptic zombie film '28 Days Later', in collaboration with author Alex Garland.
Boyle directed a short film 'Alien Love Triangle' in 2002. It was intended to be one of three shorts within a feature film. However, when the two other shorts - 'Mimic' and 'Impostor' were made into feature films, the project was shelved. Two years later, he was seen directing 'Millions'. This was followed by his science-fiction film 'Sunshine', which was released in 2007. Boyle hit the jackpot with 'Slumdog Millionaire', a 2008 film which won five awards at Critics Choice Award and four awards at Golden Globe Awards.
Awards
2009: Critics Choice Award for 'Best Director', for Slumdog Millionaire
2009: Golden Globe Award for 'Best Director', for Slumdog Millionaire
Filmography
1994: Shallow Grave
1996: Trainspotting
1997: A Life Less Ordinary
2000: The Beach
2002: 28 Days Later
2004: Millions
2007: Sunshine
2008: Slumdog Millionaire
How to Cite