Ashton Kutcher is best known for his impressive performance in Hollywood flicks. Go through the biography to explore the profile, childhood & filmography of the American actor. 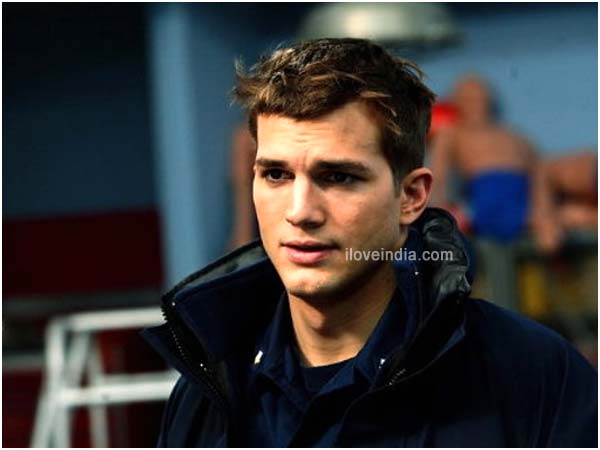 Born In: Homestead, Lowa, US
Nationality: American
Career: Actor, Producer, Television Host, Model
Ashton Kutcher is a renowned American actor and producer. The actor kick-started his career as a model and worked in advertisement of some big brands, before entering the world of films. Apart from acting in Hollywood flicks, he has hosted and produced a number of television shows as well, the majority of them being super hits. Ashton Kutcher is best known for his impressive performance in “Just Married”, “The Butterfly Effect”, “The Guardian” and “What Happens in Vegas”. He won the Favorite Television Actor award for “That '70s Show” and “Punk'd” in 2004.
Childhood & Education
Ashton Kutcher was born on February 7, 1978, in Homestead, Lowa, United States. He is the son of Diane Kutcher and Larry Kutcher. Ashton Kutcher was born with Syndactyly Type 1, a genetic disorder, as diagnosed by doctors. However, it is very common and does not create major problems. Tausha is his elder sister. His fraternal twin, Michael, had a heart transplant at a very young age. Ashton Kutcher was enrolled in Washington High School in Cedar Rapids, Lowa, where he studied for one year.
When Ashton's family shifted to Tiffin, Lowa, he joined the Clear Creek-Amana High School, where he continued his studies. He excelled in sports (played for his school’s football team) and participated in a number of school plays as well. Although he had a great time at the school, life was stressful back home. Kutcher even took the extreme step of a suicide attempt when he was a teenager. It was the time when his parents separated. Ashton Kutcher joined the University of Lowa to pursue a degree course in biochemical engineering.
Kutcher didn’t complete his studies, as he wanted to take care of his brother, who was suffering from heart ailment. He was considered as a very noisy and wild student during his college days. Consequently, he was thrown out of his apartment at the University of Lowa. In order to handle his finances, as he was very poor at that point of time, Kutcher worked as a college summer hire, in the Cereal Department of General Mills plant in Cedar Rapids. In the meantime, he also donated blood for money. He also did jobs related to carpentry and farming.
Career In Modeling
The turning point in Ashton’s Kutcher life came when he was spotted by a talent scout at a bar called The Airliner in Lowa City. Impressed by his attractive looks, the person offered him a chance to enter the "Fresh Faces of Iowa" modeling competition. Kutcher was declared the winner of the contest and won a trip to New York City to take part in the International Model and Talent Association (IMTA) Convention.
Ashton Kutcher worked with a modeling agency in New York, from where he kick-started his career in modeling. He, then, appeared in advertisements of big brands like Calvin Klein and Versace. He was also offered modeling assignments in Paris and Milan. After pursuing a successful career in modeling, he shifted his base to Los Angeles, in 1997, to try his luck on acting.
Career In Acting
Ashton Kutcher made his debut as an actor in the television series “That '70s Show” in 1998. He was cast as Michael Kelso in the show, which became a super hit and ran on until 2006. Following his success on small screen, Kutcher was called by Hollywood producers, who offered him notable roles in films. He made his debut in movies by doing comedy roles initially.
Some of Kutcher's blockbuster comedy movies include “Dude, Where's My Car?” (2000), Just Married (2003), and Guess Who (2005). A self-obsessed character played by Ashton Kutcher in the family entertainer “Cheaper By The Dozen” (2003) was received well by the audience. The role of a conflicted young man, played by him in “The Butterfly Effect” (2004), received mixed reaction from the audience, although the film did well at the box office.
As A Producer
In 2003, Ashton Kutcher went on to produce and host a show called “Punk'd”, telecast on MTV. Apart from being a producer and an anchor, he took charge of the executive producer’s post and worked in reality television shows, including “Beauty and the Geek” (2005-2008), “Adventures in Hollyhood” (2007), and “The Real Wedding Crasher” (2007). He also partnered Jason Goldberg to run a production company, called “Katalyst Films”.
“Ooma”
Ashton Kutcher became a part of the management team of tech start-up named “Ooma”, launched in 2007. He has now assumed the role of the Creative Director of Ooma, which is into the Voice-over Internet Protocol business. Kutcher is heading its marketing campaign and production of videos, in order to promote the internet ervice.
Personal Life
Ashton Kutcher dated actress January Jones from 1998 to 2001 and was engaged with Ashley Scott for a year, following the break up with Jones. He romanced Monet Mazur in 2002 and soon after, dated Brittany Murphy and the affair went on till 2003. He had an affair with Demi Moore, following the break up with Murphy, in the beginning of 2003. Later, Kutcher tied the wedding knot with Moore, on September 24, 2005.
Filmography
As An Actor
As A Producer
How to Cite