Although it is easy to tie an ascot knot, many people find the process to be a bit tricky. Learn how to wear an ascot easily, with the instructions given in the article.

How To Wear An Ascot

Native to England, the ascot tie is primarily worn with formal dresses. It can be described as a narrow neckband, which has wide pointed wings. Traditionally, an ascot tie was made of pale gray patterned silk, though other fabrics and patterns are also being used in the present times. It has been popular neckwear for formal occasions since the nineteenth century and can be worn by both men and women. Though the trends have changed in the present times, earlier, the tie was mainly worn either with morning dress, for formal daytime weddings, or with a cutaway morning coat and striped grey trousers 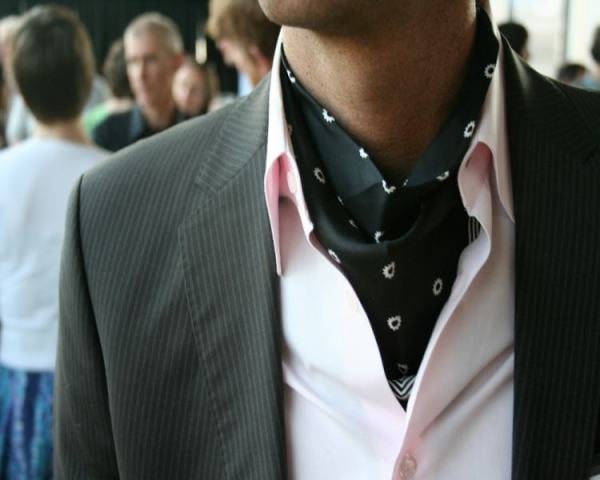 Image: S. [email protected]
Although it is very simple to tie a knot in the ascot tie, people often find the task to be too difficult. They find it too tricky to give the finishing touch to the neckband. The fact is that tying as ascot is as simple as wearing any other necktie, the only difference being the way it is 'stuffed' into the shirt. If you are one of those people who stay away from the tie, because tying it seems to be a big hassle, then this article is just perfect for you. Go through the following lines and get instructions on how to wear an ascot.
How To Tie An Ascot Knot
Tips
How to Cite